If terrorism is not a poll issue, then Rahul Gandhi should give up SPG security: Sushma Swaraj

The union minister alleged the Congress does not consider terrorism to be a problem, "which was reflected in the party's election manifesto". 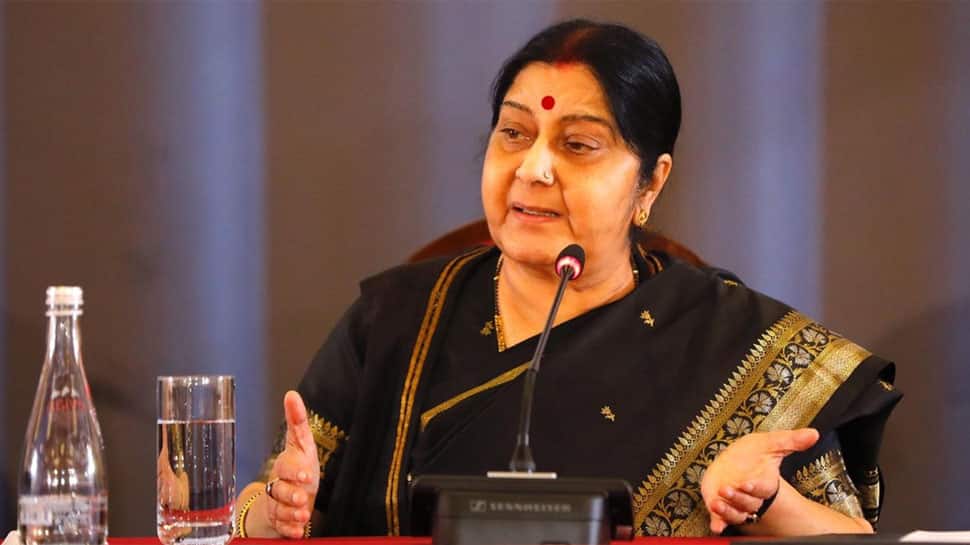 Mathura: External Affairs Minister Sushma Swaraj on Monday said if Congress president Rahul Gandhi believes terrorism in not a poll issue then he should give up his Special Protection Group cover.

Addressing a BJP workers meet organised by the party's social media wing here, Swaraj said,"Opposition parties cannot feel the pulse of the nation like Prime Minister Narendra Modi can, which is why he managed to give Pakistan a befitting reply after the Uri and Pulwama terror attacks."

The union minister alleged the Congress does not consider terrorism to be a problem, "which was reflected in the party's election manifesto".

"If such is Rahul Gandhi's view, then I request him to give up his Special Protection Group cover. This could be done with a simple letter to the government. This will save the country huge sums of money," Swaraj said.

She said the opposition leaders do not trust the words of the country's defence forces, instead listen to the assertions of the Pakistan Army.

"It is a matter of shame that when our soldiers risk their lives and fight terrorists, our opposition members want to know how many were killed and demand proof for the same," she said.

She asked party workers to promote works done by the BJP government, including Ujjwala, Jan Dhan schemes, lengthened highway network, among others.

She said in the last five years the number of passport offices had grown from 73 to 159 and there were 46 new offices in Uttar Pradesh alone.

"Presenting the manifesto, Prime Minister Narendra Modi mentioned the three main focus areas of our party -- nationalism, uplifting the poor and good governance. We will stay committed to these issues," Swaraj said.