Rajiv Gandhi had been assassinated by LTTE militants while he was campaigning for the 1991 Lok Sabha election. Priyanka was 19 years old at the time. 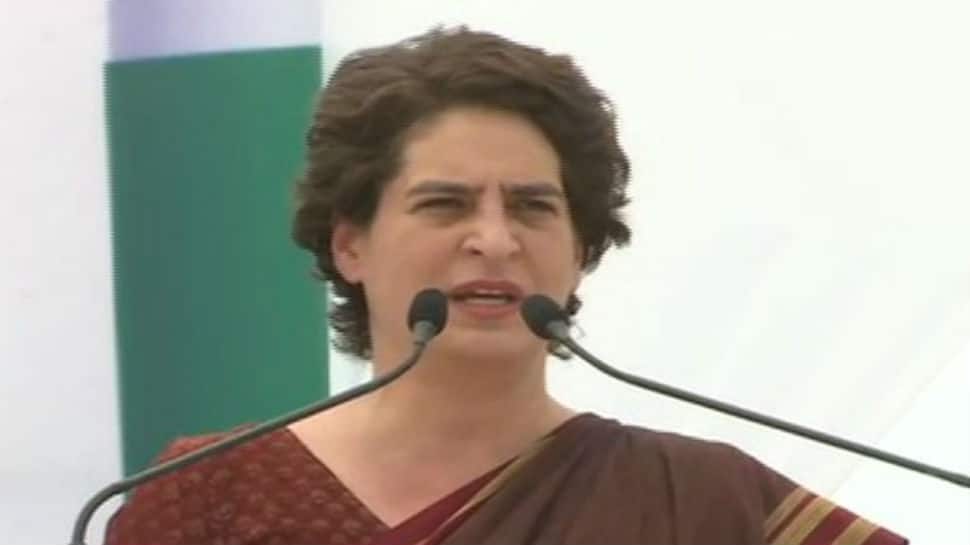 Fatehpur Sikri: Priyanka Gandhi Vadra has been a regular face for Congress during campaigning in the ongoing Lok Sabha election 2019. While she has attacked BJP and many of its leaders on a number of fronts, she opened a new line of attack on Monday and said that the party needs to respect every martyr including her father - former PM Rajiv Gandhi.

Reminding BJP that it should respect every martyr irrespective of his/her caste or religion, Priyanka said that no exceptions ought to be made when remembering them. "BJP leaders say that they are nationalists. If you are nationalists then respect martyrs, those martyrs who are Hindu, those who are Muslim and those who was the father of the leader of your current opposition," she said, referring to Rajiv Gandhi.

Rajiv Gandhi had been assassinated by LTTE militants while he was campaigning for the 1991 Lok Sabha election. The suicide attack had taken place in Sriperumbudur near Chennai (formerly Madras).

While Priyanka Gandhi and Rahul Gandhi have often sought to remind BJP of the contribution of Congress leaders in nation-building, the BJP has returned fire by blaming Congress as a party of dynasts and for having obstructing India's development and ignored the country's poor.

It is a verbal tussle that has gained momentum in the highly-charged political environment of India presently. With six more phases of Lok Sabha election 2019 left, leaders from both parties are expected to continue trading barbs galore.