The 102-year-old was given a warm welcome by election staff at the Kalpa booth in Mandi Lok Sabha constituency, which went to polls in the last and seventh phase of the general elections. 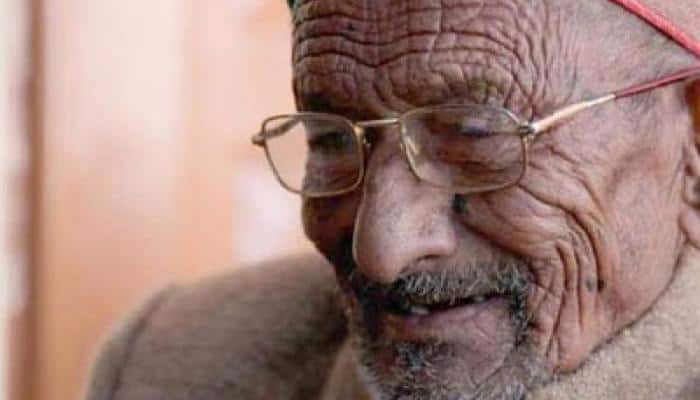 SHIMLA: Notwithstanding his failing vision and aching knees, India's "first" voter Shyam Saran Negi Sunday reached his polling booth in Himachal Pradesh's Kinnaur district to exercise his franchise. The 102-year-old was given a warm welcome by election staff at the Kalpa booth in Mandi Lok Sabha constituency, which went to polls in the last and seventh phase of the general elections.

"India's first election was held in February 1952, but the voting for remote, tribal areas in Himachal Pradesh was held five months in advance on October 23, 1951, owing to fears of inclement weather rendering the exercise impossible here during winter," Negi said. "I was a school teacher then and had been put on election duty. Due to it, I reached my polling booth at Kalpa primary school in Kinnaur at 7 am to cast my vote. I was the first one to reach there and cast my vote," he said.

"Later, I was told I was the first to cast my vote anywhere in the area," he said with a glint in his eyes and added that he proceeded to join his election duty after voting. Negi, who also made a special appearance in Hindi film "Sanam Re", said he never missed casting his vote ever since then whether it be a panchayat election or the Lok Sabha polls.

He on Saturday had appealed to people to elect "honest" candidates for all the four Lok Sabha seats in the state. "Elect honest and active candidates for your parliamentary seats instead of voting for particular parties," Negi told PTI.

"It's my last wish to vote again. But I have got immobile legs and aching knees now, besides failing vision and hearing," he had said. The Shimla (SC), Hamirpur, Kangra and Mandi seats went to polls on Sunday along with 55 other Lok Sabha constituencies in the country.