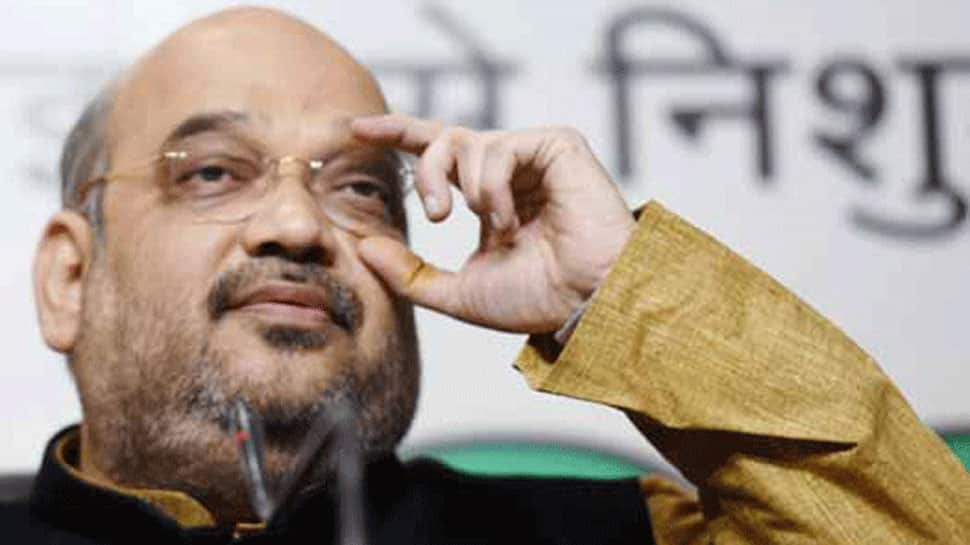 The opposition party released a list of names late Tuesday night, in which it mentioned four more candidates from the state, including Chavda.

With this, the Congress has so far declared 18 candidates in Gujarat, where the last date of filing of nomination papers is April 4.

Polling in all 26 Lok Sabha seats in the state will be held on April 23 and the results will be declared on May 23.

Chavda, a two-time MLA from Gandhinagar-North Assembly seat, said he will give a tough fight to Shah in the Lok Sabha polls.

The party has fielded its Limbdi MLA Soma Patel from Surendranagar seat to take on BJP's Mahendra Munjpara.

It has also given ticket to Murubhai Kandoriya from Jamnagar seat, from where party leader Hardik Patel earlier planned to contest, against BJP's Poonam Maadam.

The Supreme Court on Tuesday, refused to accord urgent hearing to Hardik Patel's plea, seeking stay on his conviction in the 2015 rioting case.

The denial virtually dashed his hopes of contesting the Lok Sabha poll from Jamnagar, as the last date for filing nominations for seats in the state is on Thursday.

The Congress state unit is expecting announcement of candidates for the remaining seats by tonight.

Earlier in the day, Leader of Opposition in the Gujarat Assembly Paresh Dhanani filed his nomination from Amreli Lok Sabha seat, though his name has not been officially declared so far. Dhanani claimed he was asked by the party high command to file his nomination.

The BJP has so far announced 25 candidates and is yet to declare its nominee from Ahmedabad-East seat. It won all the 26 seats in the 2014 Lok Sabha polls.