In an exclusive interview with Zee News, Amit Shah said that BJP will roar back to power after results of Lok Sabha election 2019 are declared. He backed his prediction with three main reasons. 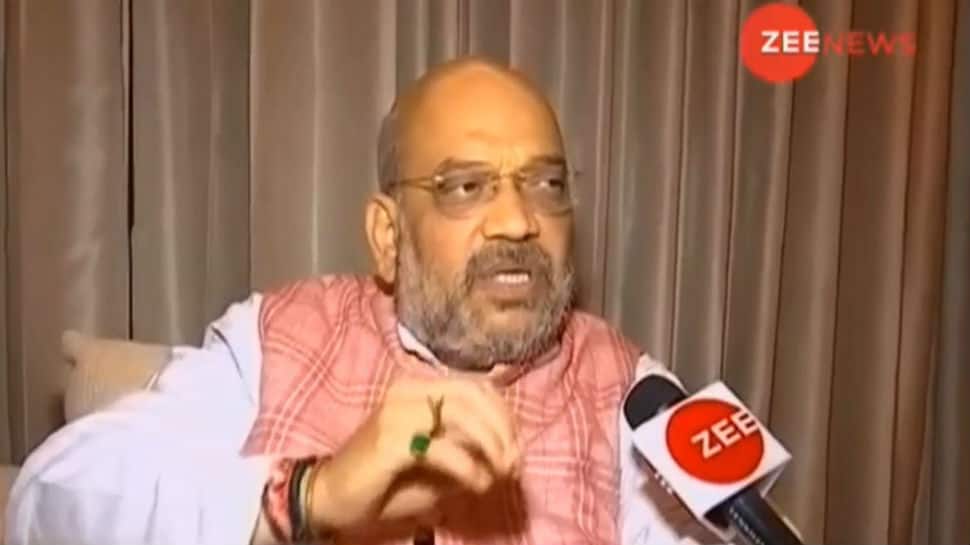 New Delhi: Amit Shah is not just confident of a Bharatiya Janata Party victory in Lok Sabha election 2019 but has said that the triumph will be even bigger than the one five years ago.

Speaking to Zee News, Amit Shah said that the Indian voter and the country's politics has seen a sea of change in the past few years. The BJP chief elaborated that while rival parties have lowered the political discourse, the Narendra Modi-led government has relentlessly worked for the country's progress and people's welfare. "Three issues are very important. Firstly, PM Modi did concrete work for 50 crore poor people in the last five years. I believe there will be massive support from them for PM Modi. Secondly, people in the country feel safe today because of a zero tolerance policy towards terrorism and because of priority to national security. Thirdly, we have taken India forward in making it a global power. People believe that India will be a superpower in the next five years with Narendra Modi as PM," he said.

Asked about the numerous accusations levelled by rival parties - and especially by Congress, Amit Shah said that while allegations need to be backed with facts, insults are outrightly counter-productive. "They have mentioned Rafale, they can mention it but can they back it with facts and evidence? Many of their leaders have also insulted PM Modi. I believe that is counter-productive," he said.

Expressing confidence at a strong showing come May 23 when counting of votes takes place, Amit Shah also said that the people of the country will have the best answer to all that has transpired in the past few months. "The BJP will make gains everywhere because people have faith in the work we have done so far and what we promise to do in the next five years."