Lok Sabha Election 2019: Counting in 20 seats of Kerala on Thursday

Kerala went to poll in a single phase on April 23 during the third phase of elections in the country. 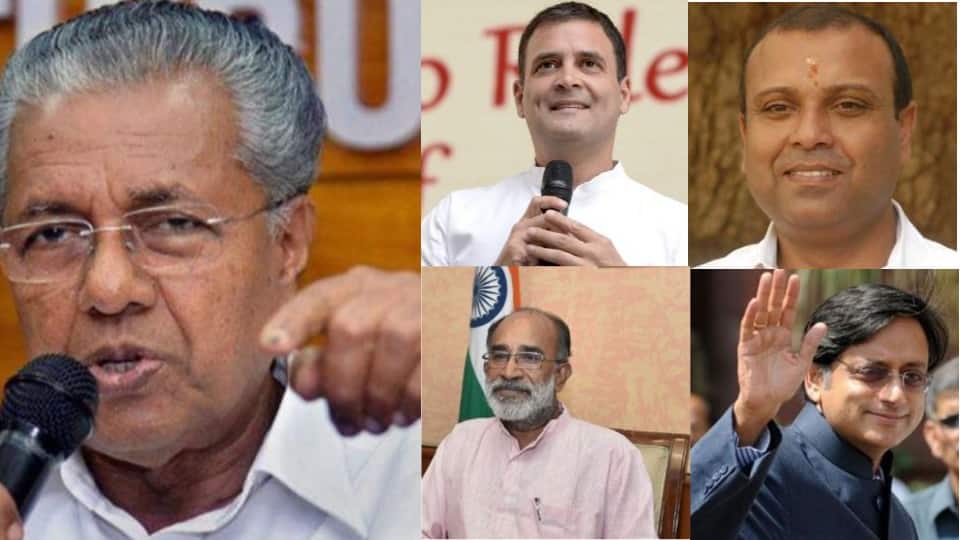 EMVs will be opened, postal ballots counted and VVPATs tallied on May 23 (Thursday) across the 20 Lok Sabha constituencies in Kerala to find out the results of General Election 2019. The fate of 243 candidates in fray in the 20 seats including Wayanad, from where Congress president Rahul Gandhi is contesting, is expected to be announced by later Thursday.

Kerala went to poll in a single phase on April 23 during the third phase of elections in the country and recorded a voter turnout of 77.67 per cent. While the total number of electors were 2,61,51,534, around 2,03,11,852 came out to exercise their franchise.

The most talked-about seat in Kerala is that of Wayanad from where Congress president Rahul Gandhi is contesting against CPI's P P Suneer and NDA's Thushar Vellapally.

Besides him, two-time sitting Member of Parliament (MP) Shashi Tharoor and Union Minister Alphons Kannanthanam are among other prominent candidates to watch out for.

The Bharatiya Janata Party (BJP), on the other hand, has never won a Lok Sabha seat in Kerala.

According to the exit polls which were declared on May 19 after the conclusion of the seventh phase at 6 pm, the Congress-led UDF is expected to gain massive victory in the state while the BJP is likely to open his account in the state.

What were the predictions of exit polls?

According to India Today-Axis, 15-16 seats will go to the UDF, three to five seats to the LDF and 0-1 seats will be bagged by the BJP in Kerala.

The BJP is predicted to win one seat, according to News 18-IPSOS

Though the exit poll predictions may not always be true, pollsters claim they give an idea of the emerging political situation.