NEW DELHI: Sunday marked the last and final phase of Lok Sabha election 2019. Voting is currently underway in 59 constituencies across seven states and one union territory. Polling took place in all 13 seats in Punjab and 13 in Uttar Pradesh, nine in West Bengal, eight seats each in Bihar and Madhya Pradesh, four in Himachal Pradesh, three in Jharkhand and the lone seat in Chandigarh (UT).

Prime Minister Narendra Modi, who was on a two-day visit to Kedarnath and Badrinath shrines, urged people to vote in large numbers. During his Kedarnath visit, PM Modi meditated at a holy cave.

Here are all the updates on Lok Sabha election from May 19:

# With most exit polls on Sunday predicting a comfortable victory for the BJP-led National Democratic Alliance (NDA), the Telangana Rashtra Samithi (TRS) said they were not accurate and did not reflect the true picture.

# Omar Abdullah tweets: Every single exit poll can’t be wrong! Time to switch off the TV, log out of social media & wait to see if the world is still spinning on its axis on the 23rd.

Every single exit poll can’t be wrong! Time to switch off the TV, log out of social media & wait to see if the world is still spinning on its axis on the 23rd. — Omar Abdullah (@OmarAbdullah) May 19, 2019

# Congress leader P Chidambaram hits out at the EC, alleges that the poll panel has surrendered its independence. "Polling is over. Now we can say that the 'pilgrimage' of the PM in the last two days is an unacceptable use of religion and religious symbols to influence the voting," he said.

# The following are the details of the seizure by the poll panel for the seventh phase of Lok Sabha election:

# Election Commission has announced an ex-gratia of Rs. 15 lakh each to the next of the kin of three polling officials of the state who died on Lok Sabha Elections duty. The deceased officials were Vineet Kumar, Devi Singh, & Lot Ram.

# Bihar CM Nitish Kumar condemns BJP's Bhopal candidate Pragya Singh Thakur that Nathuram Godse was a 'patriot', asserting that his party JD(U), an ally of BJP, will not tolerate such remarks in support of Mahatma Gandhi's assassin.

"It is condemnable, we don't agree with such views. Mahatma Gandhi is the father of the nation. Suspending her from the party is their own matter. Giving a reaction or taking action is an internal matter of their party. As much as we are concerned, we will not tolerate this kind of view," he said.

# Election Commission's capitulation before PM Narendra Modi and his gang is obvious to all Indians, alleges Rahul Gandhi.

From Electoral Bonds & EVMs to manipulating the election schedule, NaMo TV, “Modi’s Army” & now the drama in Kedarnath; the Election Commission’s capitulation before Mr Modi & his gang is obvious to all Indians. The EC used to be feared & respected. Not anymore.

From Electoral Bonds & EVMs to manipulating the election schedule, NaMo TV, “Modi’s Army” & now the drama in Kedarnath; the Election Commission’s capitulation before Mr Modi & his gang is obvious to all Indians.

# Lok Sabha Speaker Sumitra Mahajan said the Narendra Modi government would return to power with absolute majority for the second time. "There is an encouraging atmosphere for the BJP in the country. I have full faith that the Modi government will once again form the government with full majority," she said.

# Delhi BJP leader Vijender Gupta lodged a police complaint against Delhi CM Arvind Kejriwal and his deputy Manish Sisodia accusing them of hatching a conspiracy to falsely implicate him in criminal cases.

# CPI(M) general secretary Sitaram Yechury said he had spoken to the chief election commissioner about the violence in West Bengal in the last phase of the Lok Sabha polls.

BJP writes to Chief Electoral Officer West Bengal, alleging violent incidents in 9 parliamentary constituencies of the state. Letter states, "We have filed 417 complaints to ECI, out of which 227 were resolved, a whooping number of 190 complaints are unresolved" — ANI (@ANI) May 19, 2019

# "PM has gone to Badrinath and Kedarnath on an official visit, all the private activities done by him during his pilgrimage are being displayed and continuously telecast, which is a clear violation of the MCC," TDP letter states.

# TDP writes to EC alleging a violation of the Model Code of Conduct (MCC) by PM Modi. 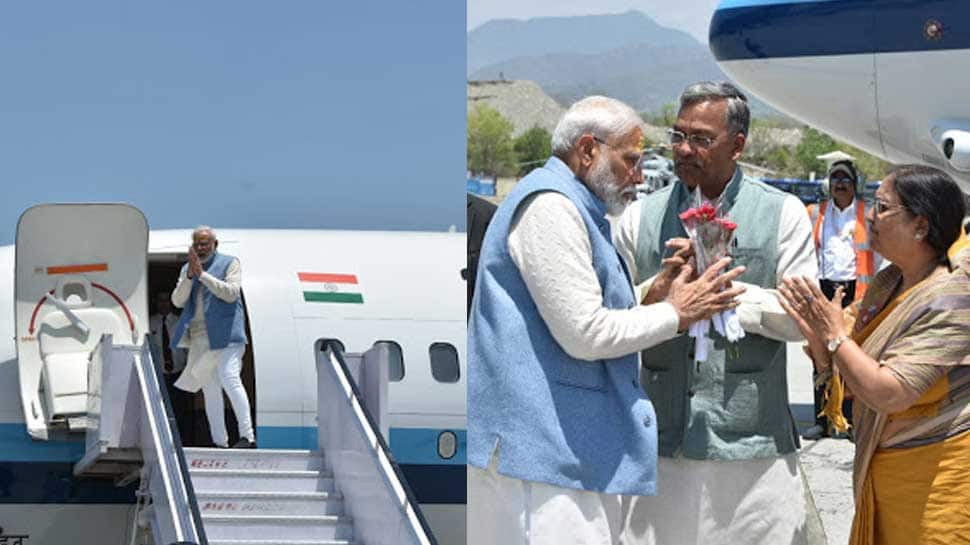 # PM Modi arrives at Jollygrant Airport in Dehradun after paying a visit to Kedarnath and Badrinath temple shrine.

# Mayawati and Akhilesh Yadav to arrive in New Delhi on Monday, sources say.

# Chandrababu Naidu meets Rahul Gandhi, Sharad Pawar in Delhi. He will is likely to meet Sonia Gandhi today later in the evening.

# Elections are a festival in a democracy, the way people have participated in these elections is commendable. Compare UP and West Bengal, violence wasn't reported from UP in the last 6 phases of elections unlike West Bengal: Yogi Adityanath

# I have had a special relationship with Kedarnath. After 2013, natural tragedy, we have made a master-plan for the re-development for Kedarnath: PM Modi

# I want people of our nation to see the country. While I don't have any objection to them travelling to foreign countries but they should also travel to see the different places in our country: PM Modi

# I express my gratitude to the Election Commission for giving me rest for two days: PM Modi in Kedarnath

# Elections should not be held over such a long duration, there was a long gap between each phase of voting. I will write to leaders of all parties to build a consensus on this: Bihar Chief Minister Nitish Kumar.

# "Today is the final phase of the 2019 Lok Sabha elections. I urge all those voting in this phase to vote in record numbers. Your one vote will shape India’s development trajectory in the years to come. I also hope first-time voters vote enthusiastically," PM Modi wrote.

# Today is the final phase of the 2019 Lok Sabha elections. I urge all those voting in this phase to vote in record numbers. Your one vote will shape India’s development trajectory in the years to come. I also hope first-time voters vote enthusiastically.

# PM Modi will offer prayers at the Badrinath temple on Sunday.