Making the most of the last day of campaigning for the fifth phase of Lok Sabha election on May 6, political leaders attempt to woo voters continued on Saturday across the country. 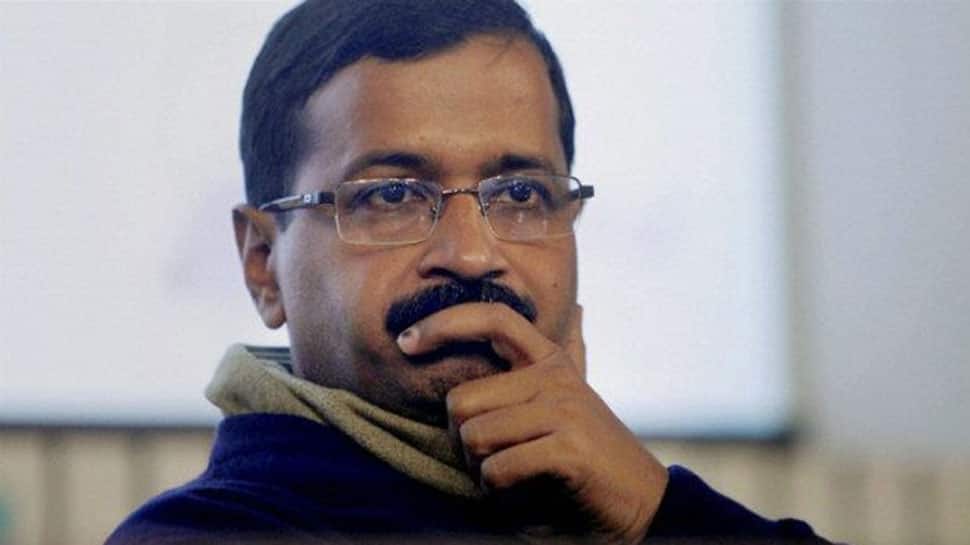 Making the most of the last day of campaigning for the fifth phase of Lok Sabha election on May 6, political leaders attempt to woo voters continued on Saturday across the country.

Several poll campaigns were hit in eastern states because of Cyclone Fani. PM Modi`s public meetings in Tamlik and Jhargram on May 5 was pushed to May 6, Shah`s rallies in Ghatal and Bishnupur on May 6 has been rescheduled to May 7. Chief Minister and Trinamool Congress supremo Mamata Banerjee also announced on Friday that her party has cancelled all political programmes and electoral campaigns for the next 48 hours.

Thank you for joining us. Do come back again on Sunday (March 5) for live updates on election. Meanwhile, here are the updates from Saturday (May 4):

* Ahead of the Lok Sabha election in Punjab, AAP's another legislator, Amarjit Singh Sandoa, joined the Congress on Saturday in the presence of Chief Minister Amarinder Singh.

* Delhi CM Arvind Kejriwal assaulted by a man during his roadshow in Moti Nagar.

* In Uttar Pradesh, choice is between dynasty and development, Amit Shah says in Amethi.

* Congress and their allies like RJD are led by people who have inherited leadership but lack vision. They do not consider themselves sevak but maharajas of democracy: PM Modi at Bihar rally

* Whatever happened was wrong. Somebody sent it to us, my team shared it and later deleted it, very sorry, it happened, it should not have happened: Kirron Kher on EC notice over children in poll campaign

* West Bengal: Bongaon BJP candidate Shantanu Thakur’s vehicle met with an accident near Jagulia. He suffered injuries and was rushed to Bongaon Medical College and Hospital. Efforts being made to shift him to a hospital in Kolkata.

* Former Chief Minister of Punjab Prakash Singh Badal says, "We are ready to apologise if we did any mistake."

* EC issues notice to BJP Chandigarh candidate Kirron Kher, seeks response over sharing a video on her Twitter account showing children wearing PM Modi masks. Poll code bans the representation of children in electioneering. The National Commission for Protection of Child Rights had also objected to the tweet on May 3.

*  Strictest of actions should be taken against Masood Azhar, but who sent him back to Pakistan? Who bowed down to terror and released him? Not the Congress, but it was the BJP government: Rahul Gandhi

* The biggest issue right now is unemployment and the way Modi ji has destroyed the economy. Country is asking that Modi ji you promised us 2 crore jobs, what about that? He doesn't speak a word on jobs or farmers as he has nothing to say: Rahul Gandhi tells media

* Targeting the BJP, former UP CM and Samajwadi Party chief Akhilesh Yadav said, “If stray bulls injure anyone, then a case should be registered against Yogi Adityanath."

* The Election Commission of India (ECI) has served notices to Congress' Digvijaya Singh and his rival from the BJP, Sadhvi Pragya Singh Thakur, over alleged discrepancies in election expenditure. Both the leaders are contesting the Lok Sabha election from Madhya Pradesh's Bhopal constituency. Tap to read.

* UP Congress chief Raj Babbar targets BJP, says, "There lies are caught every day, yet they keep lying day after day. These people want to mark their stamp on UPA's work. We struck down top terrorists like Hafiz Saeed and others but never blew our own trumpet. This was our work."