Firebrand leaders are training their guns on rival leaders and wooing the voters. 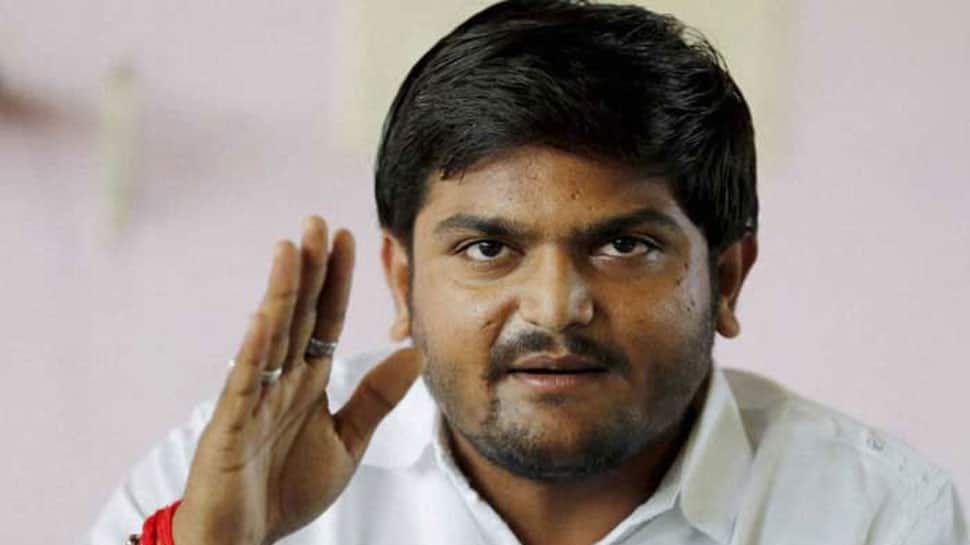 With the date of voting for the third phase nearing, campaigning for the Lok Sabha election has reached a new height of excitement. While on one hand firebrand leaders are training their guns on rival leaders and wooing the voters, several party leaders are quitting their parties.

On Friday, ending the decades-long rivalry, SP patriarch Mulayam Singh Yadav and Mayawati shared dais at an election rally in UP with the BSP President describing the SP patron as a "real leader" of the backwards, unlike Prime Minister Narendra Modi whom she dubbed as "farzi". The BSP leader, who had snapped all ties with the SP after the infamous state guest house incident in 1995, arrived at the Christian College ground to a rousing reception by surging crowds, comprising mainly of Samajwadi Party supporters in the party citadel.

Thank you for joining us. Do come back again on April 20 (Saturday) for more updates on the Lok Sabha election.

Here are the updates from April 19 (Friday):

* I take my words back, says Sadhvi Pragya after outrage over remarks on 26/11 martyr Hemant Karkare. (Read full report)

* PM Modi: The last time you called me was in 2014, I wasn't the Prime Minister. You came from all across the nation, but no. was less. 'Kyunki swabhavik hai yaar, Modi ke karyakram mein jaayenge, aur photo nikal dega koi aur koi maar dega to. Income-Tax ki raid pad jaayegi to pic.twitter.com/evziBjURPA

* Traders have always thought about the country. It is the power of the traders of our country that India was once called 'sone ki chidiya': PM Modi addresses a convention of traders in Delhi.

* Every time a party member leaves, it's a matter of pain for us. People look for career progression. We wish all of them well, including, Priyanka Chaturvedi. I must frankly and on record concede, yes, it's a reflection on my leadership: Congress' Randeep Surjewala

* Darjeeling Assembly seat bypolls to be held on May 19. The seat got vacant after Darjeeling MLA Amar Singh Rai had resigned to contest Lok Sabha poll from Darjeeling parliamentary constituency. Results to be announced on May 23.

* Poonam Sinha says she does not fear the contest against Rajnath Singh in Lucknow. (Read full report)

* We have given Congress the last chance to think it over, let's see what happens: AAP leader Gopal Rai on alliance with Congress.

* State Election Commission on Friday filed a complaint against Mumbai Congress president Milind Deora for violating Model Code of Conduct. On April 4, Deora accused Shiv Sena of hurting religious sentiments of Jain followers and urged the community to teach them a lesson by not giving them vote in the ongoing Lok Sabha elections.

* Priyanka says she was hopeful of getting a Congress ticket to contest Lok Sabha election but her reason to quit the party was not taken after the party failed to consider her candidature. She decided to quit the party as she found that while Congress talked about women safety and empowerment, it failed to act against leaders who harassed her. "I know I will be held accountable for my past statements and my views and that how I came to this conclusion but I would like to say that this decision of joining Shiv Sena I have taken after a lot of thought," says Priyanka.

Priyanka Chaturvedi: I know I will be held accountable for my past statements and my views and that how I came to this conclusion but I would like to say that this decision of joining Shiv Sena I have taken after a lot of thought pic.twitter.com/2BuzaSCmas

* BSP Chief Mayawati addresses a rally in UP, asks people to bring SP-BSP to power by voting by a huge majority. In an attack on Prime Minister Narendra Modi, she said a fake person can't work for the backward classes.

* BJP leader Manoj Sinha raked up a controversy after he made a statement saying that the BJP workers won't spare anyone who does politics with the money earned in a corrupt manner. He further added that BJP workers need not be afraid of anyone and if anyone raises a finger against a BJP worker he will have his finger broken withing four hours. Nobody can dare to raise a finger at BJP workers and if they do so they will be buried in the ground.

* In West Bengal's Nadia district, Nodal election officer Arnab Ray has gone missing since Thursday. He went to Bipradas Pas Choudhury Polytechnic College for his poll duty but post lunch, he couldn’t be found. His official vehicle is still lying there. He was in charge of all the EVMs and VVPATs. Meanwhile, police have begun an investigation and the DM, SP besides the election commission are looking into it. 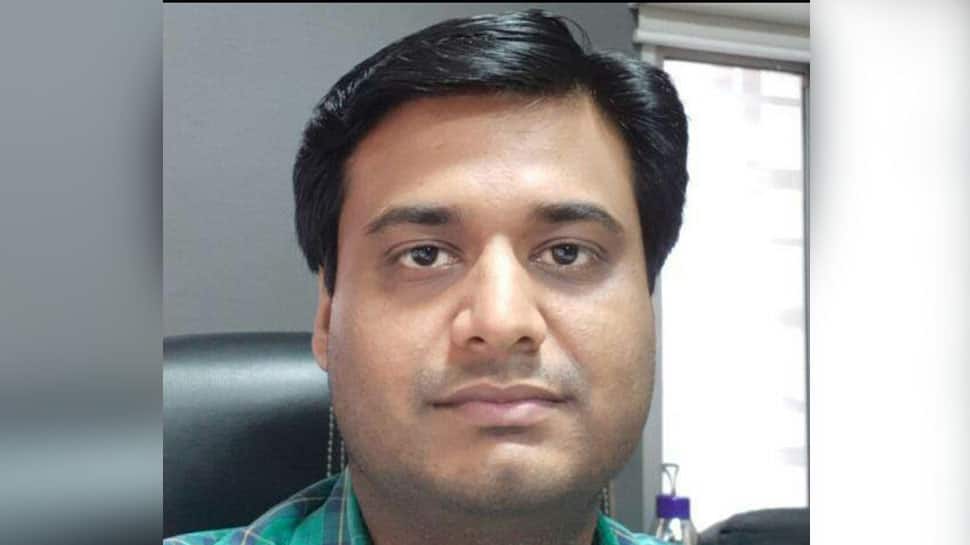 * Post poll violence continues in Chopra of Uttar Dinajpur district in West Bengal. The cadres of TMC and BJP clash with each other. A class seven student has suffered bullet injuries on his leg. He has been rushed to the hospital. It is yet to be confirmed which party cadres opened fire at whom. Forces have been rushed to the spot. 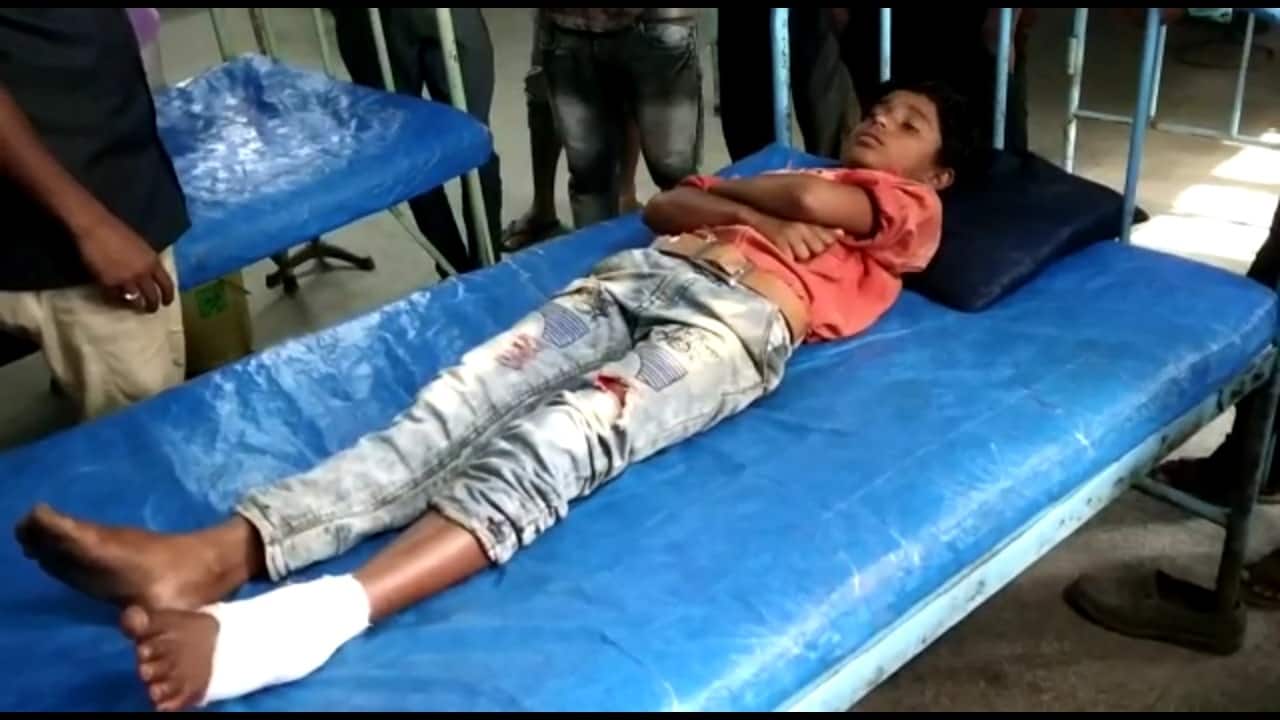 * BJP MLA Basavaraj Bommai said voters will decide who is a "hero" and who are the "jokers", in an apparent reference to Prime Minister Narendra Modi as the "hero" and Congress president Rahul Gandhi and Chief Minister HD Kumaraswamy as "jokers."

When asked why Bommai ridicules the Congress chief and Kumaraswamy, the BJP lawmaker told ANI, "They (Rahul and Kumaraswamy) have made fun of themselves with the way they talk, their thinking and body language. People will decide who is a hero and who are jokers." Bommai further alleged that the Lingayat issue was used by the Congress party just like `divide and rule policy` of the British.

* Congress General Secretary Priyanka Gandhi Vadra will visit Amethi on a one-day tour. In the guest house made in the Central Office premises, meeting with the party officials and workers will prepare the outline of the election. Priyanka Gandhi Vadra will reach Furastganj at 9.30 in the morning. From here, she will go to the central office of the party located at Gauriganj at 10 in the morning. In the guest house made in the office premises, she will have separate meetings with the area's intellectuals and party workers.

* Former prime minister and JD(S) supremo HD Deve Gowda has said that he will not retire from active politics and that if Rahul Gandhi becomes the Prime Minister of the country, he will be by his side."I announced three years back that I will not contest elections. There are circumstances now in which I have been forced to contest. There is nothing to hide. I have no ambition of anything but what I always said is that I am not going to retire from active politics," he said, adding "If Rahul Gandhi becomes the Prime Minister, I will sit by his side. It is not necessary to become the Prime Minister."

* The Election Commission (EC) is unlikely to bar BJP candidate from Bhopal Lok Sabha seat, Sadhvi Pragya Thakur, from contesting the poll. The ban cannot be imposed under current laws, added a source to Zee News.

* After three days of a ban by the Election Commission (EC) Chief Minister Yogi Adityanath will hold four rallies in Uttar Pradesh.