The campaign for the sixth phase of Lok Sabha election 2019 came to an end on Friday. 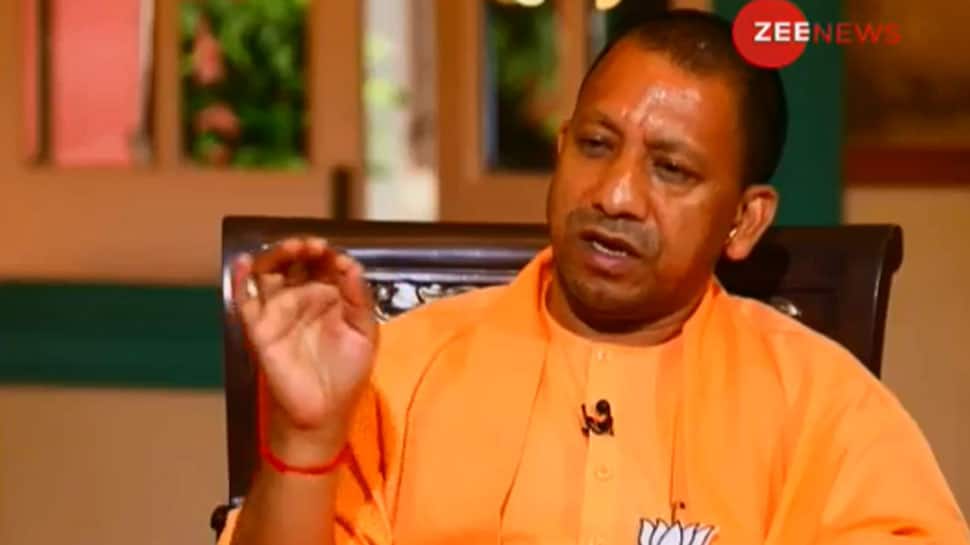 The campaigning for the sixth phase of Lok Sabha election 2019 came to an end on Friday, polling for which will be held in 59 constituencies in six states and 1 Union Territory – Delhi – on Sunday, May 12. However, on Saturday too, several top political leaders continued with their high-octane campaign trail to woo the voters for the last phase of 2019 Lok Sabha election - May 19.

Thanks for joining us. Please do come again on Sunday (May 12) for Lok Sabha live updates.

Here are the updates from May 11:

* I have no objection in being referred to as 'Poster Boy' of Hindutva: UP CM Adityanath

* I'm not in the race for the post of the prime minister: UP CM Adityanath

* Every challenge for me is an opportunity: UP CM Adityanath

* We are not here for power but to serve public: UP CM Adityanath

* BJP will win more seats than 2014 by getting 51 per cent votes in this election: UP CM Adityanath

* Some people are questioning PM's caste while others are blaming EVM: UP CM Adityanath

* This election one needs to think out of mind: UP CM Adityanath

*All those who are in favour of development and security will surely vote for BJP: UP CM Adityanath

* Priyanka Gandhi Vadra is not a challenge for us: UP CM Adityanath

*  No riots has been recorded in UP in last 2 years: UP CM Adityanath

* We want Congress to join SP and BSP alliance: UP CM Adityanath

* BJP will win more than 74 seats in Uttar Pradesh: UP CM Adityanath

* Some people in India want to increase corruption and dishonesty in the name of caste: UP CM Adityanath

* I feel proud of being a Hindu: UP CM Adityanath

* Without any discrimination we have provided jobs, houses and gas connections to everyone: UP CM Adityanath

*Opposition's attitude towards PM Modi is not right: UP CM Adityanath

* All the credit of development in India goes to PM Modi: UP CM Adityanath

*  People have started giving respect to country's civilisation and culture because of PM Modi: UP CM Adityanath

* In 2014 people knew only Narendra Modi's name but now they know his name as well as his work: UP CM Adityanath

West Bengal: Polling parties leave with EVMs and VVPATs for their respective polling stations from a EVM distribution centre in West Medinipur. Eight Lok Sabha constituencies to go to polls tomorrow in the state. #LokSabhaElections2019 pic.twitter.com/0bYPq1jY7n

* I didn't say that I will slap you (PM Modi) literally, I said I will give slap of democracy. Why would I slap you? If I slap you, my hand will break, then why should I? Your chest is 56 inch,how can I slap you? I don't want to slap or touch you: West Bengal Chief Minister Mamata Banerjee in Basirhat

* Balbir Singh Jakhar, AAP candidate from West Delhi, denies allegations made by his son Uday; says, ''I condemn the allegations. I have never discussed with my son anything about my candidature. I speak to him very rarely.''

Balbir Singh Jakhar, AAP candidate from West Delhi: He stays at his maternal parents' home from the time of his birth and I divorced my wife in 2009. She stayed with me for only 6-7 months. His custody was granted to my wife after the divorce. https://t.co/hHbhXq0Gxr

*21 years back on this day, India successfully carried out nuclear test - Operation Shakti. I salute those scientists who brought laurels to the country with their hardwork. This historical incident in 1998 proves what strong political willpower can do for national security, says PM Modi.

PM in Sonbhadra: 21 yrs back on this day, India successfully carried out nuclear test - operation Shakti. I salute scientists who brought laurels to the country with hardwork. This historical incident in 1998 proves what a strong political willpower can do for national security. pic.twitter.com/Fl0eSzMDPV

* PM Modi arrives in Sonbhadra to address an election rally.

*Aam Aadmi Party's West Delhi candidate, Balbir Singh Jakhar's son Uday Jakhar alleges his father paid money to AAP chief Arvind Kejriwal get ticket for contesting the 2019 polls. ''My father joined politics about 3 months ago, he had paid Arvind Kejriwal Rs 6 crore for a ticket, I have credible evidence that he had paid for this ticket,'' Uday Jhaker alleges.

#WATCH Aam Aadmi Party's West Delhi candidate, Balbir Singh Jakhar's son Uday Jakhar: My father joined politics about 3 months ago, he had paid Arvind Kejriwal Rs 6 crore for a ticket, I have credible evidence that he had paid for this ticket. pic.twitter.com/grlxoDEFVk

* Election agent for Congress candidate Sheila Dikshit writes to EC stating that the complaint is made to bring the attention of the poll body on certain automated phone calls being used to spread misinformation in an attempt to influence the electorate: ANI

* 770 companies of central forces to be deployed in West Bengal in the sixth phase of the election.

* Punjab: Actor-turned-politician and BJP candidate from Gurdaspur, Sunny Deol, holds a roadshow in the Parliamentary constituency. The 13 Lok Sabha seats of the state will undergo polling in the seventh and last phase of #LokSabhaElections2019 on 19th May. pic.twitter.com/ccaWOEJvlK

* PM & BJP blame others for things they do or want to do. BJP is doing caste-based politics. Their government is based on lies and hatred. Gathbandhan has decided to demolish the govt which was formed on hatred: Akhilesh Yadav

* BSP Chief Mayawati: The Election Commission is not taking appropriate action against political leaders who are making derogatory remarks against women, during the ongoing Lok Sabha elections. https://t.co/2JVPMChkzX

* #WestBengal: EC has declared polling at booths 116-Kanchrapara Udbodhoni Madhyamik Vidyalay in 15-Barrackpore LS constituency & 110-Laskarpur Netaji Prathamik Vidayala in Arambag LS constituency as void. EC has ordered re-polling to be conducted at the two booths on 12th May.

* Sunny Deol will be joined by father Dharmendra at a public meeting in Gurudaspur.

* Capt Amarinder to campaign for Sunil Jakhar in Gurudaspur.

* Mayawati in Bihar to attend rallies in Bhabhua and Buxar.

* Amit Shah will hold three public rallies in Bihar's Kaimur, Bhojpur and Patna and one in Pakur in Jharkhand.