Almost every major political party has spoken of characters from Ramayana and Mahabharata while either praising their own leaders or when attacking rivals. 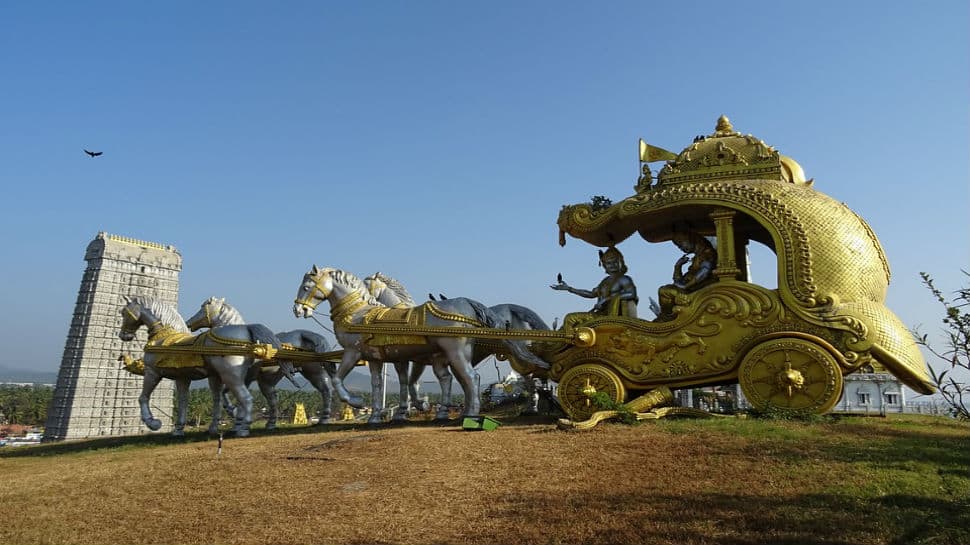 New Delhi: References to characters from Ramayana and Mahabharata are aplenty this election season. Quoting from Hindu mythology and invoking names of gods has been an integral part of the electoral strategies in Lok Sabha election 2019, so much so that issues related to development, progress and welfare have taken a back seat. With just a little over two weeks left for counting - on May 23 - the verbal duels are only intensifying further.

On Monday, a day after polling in the fifth phase of Lok Sabha election, Congress' Priyanka Gandhi Vadra once again renewed her attack against PM Narendra Modi. This time though, she called him arrogant and sought to compare him to Duryodhana - a mythological character from Mahabharata. "This country has never forgiven ego and arrogance. History is witness to this, the Mahabharata is witness to this. Duryodhana also had such arrogance. When Lord Krishna went to make him understand, he tried to take him captive," she said at a rally in Ambala.

The reaction was swift and sharp with Bharatiya Janata Party chief Amit Shah saying Priyanka's words won't be able to change the outcome of Lok Sabha election 2019. "Priyanka just called PM Modi 'Duryodhana'.  Priyanka ji, this is democracy,  nobody becomes 'Duryodhana' just because you called them so. The result of Lok Sabha election on May 23 will teach a lesson to Priyanka," he said at a rally in West Bengal's Bishnupur. At another rally in Ghatal, he had also trained his guns on Trinamool Congress chief Mamata Banerjee over the controversy regarding chanting 'Jai Shri Ram'.

A video had appeared on social media that had showed Mamata stopping her car in West Midnapore district on Saturday and chasing some persons who had chanted 'Jai Shri Ram' as her carcade was crossing the area. Reacting to this, Shah asked what was wrong if people wanted to chant Lord Ram's name. "Lord Ram is a part of the culture of India... Can anybody stop people from taking his name? I want to ask Mamata didi, if Shri Ram's name is not taken in India, will it be chanted in Pakistan?" he said. (Full report here)

Even PM Modi had taken on Mamata over the issue a day earlier. "Didi has thrown people in jail for chanting 'Jai Shri Ram'. I thought of saying Jai Shri Ram here today so that she can throw me inside jail too. That way, the people of Bengal might be protected from the wrath of TMC regime," the PM had said at a rally in West Bengal's Jhargram on Monday. (Full report here)

As for Mamata, she had already labelled PM Modi and Amit Shah as Duryodhana and Dushasana at an election rally in Cooch Behar on April 8. Apart from BJP, Mamata is also facing the heat from CPI(M) in West Bengal, a party that has also put PM Modi in its crosshairs. CPI(M) general secretary Sitaram Yechury had on May 3 accused BJP of fragmenting society for votes through its divisive policies, branding religious epics 'Ramayana and Mahabharata' as specimens of Hindu violence. This had resulted in a massive outcry and an FIR was filed against Yechury by Yoga guru Baba Ramdev.