The fight in Tamil Nadu was between the AIADMK-led front comprising the BJP and other regional parties and the DMK-led front consisting of the Congress, CPI, CPI-M and others.

Chennai: Against the national tide that went in favour of the Bharatiya Janata Party (BJP), the DMK-Congress and its allies on Thursday led in 36 out of the 38 Lok Sabha seats in Tamil Nadu, where election was held. 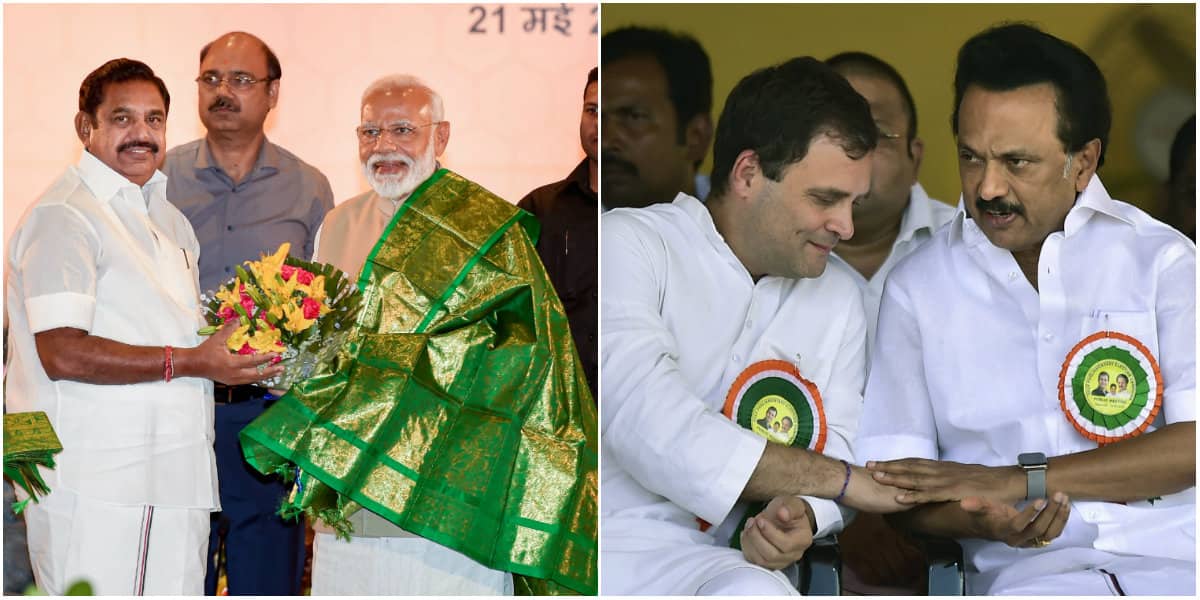 Tamil Nadu has 39 Lok Sabha seats. Although, voting was held in 38 seats after the Election Commission cancelled the poll in Vellore on the grounds of allegations of money play.

Eight hundred and twenty two candidates were in the fray from Tamil Nadu. This was the first major election in the state without the two stalwarts - J Jayalalithaa and M Karunanidhi.

Meanwhile, in Puducherry, the Union Territory which voted in the second phase of Lok Sabha election, has favoured Congress over the All India N R Congress (AINRC). Ve Vaithilingam is winning from the lone seat in Puducherry, where 18 candidates contested.

Voting for the 2019 Lok Sabha election took place in seven phases from April 11 to May 19.