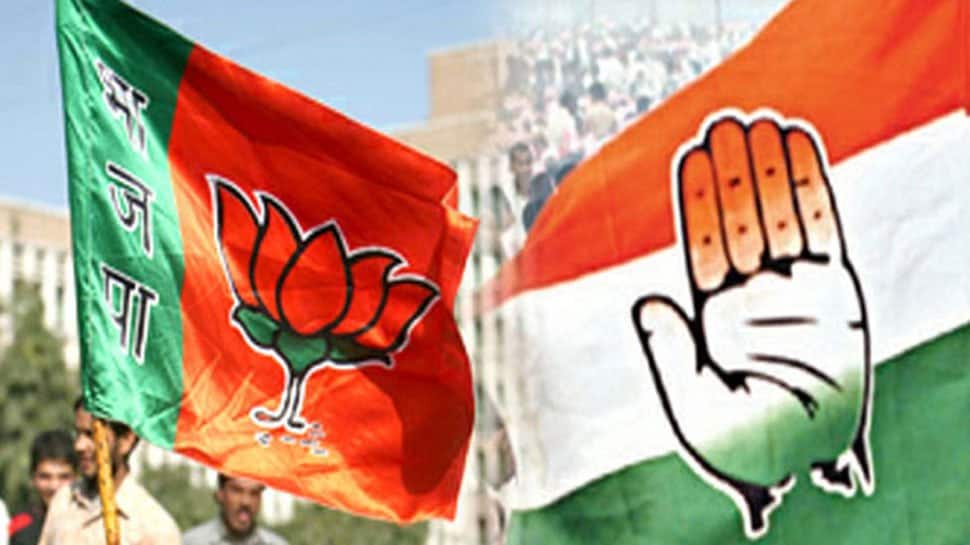 All eyes will be on Dhanbad where Pashupati Nath Singh of BJP has been challenged by Congress' Kirti Jha Azad. A three-time MP from Darbhanga in Bihar, Azad left the BJP to join Congress in February. Azad had won the Darbhanga Lok Sabha seat in the 2014 Lok Sabha election. On the other hand, Singh had defeated Congress candidate Ajay Kumar Dubey in 2014. JMM supremo Shibu Soren is pitted against his disciple and BJP candidate Sunil Soren is Dumka, Shibu Soren has won from Dumka eight times and lost thrice.

In Chatra, there is a three-cornered contest between Sunil Singh of the BJP, Manoj Yadav of the Congress and Subhash Yadav of the Rashtriya Janata Dal (RJD). In Palamu, the key contest is between VD Ram of the BJP and Ghuran Ram of the RJD. Another key contest will be seen in Hazaribagh where Union Minister Jayant Sinha of BJP is contesting against Congress' Gopal Prasad Sahu.

The state recorded 64.97% turnout in fourth phase, 65.99% in fifth phase, 65.42% in sixth phase and 71.16% in seventh phase. The polling was peaceful with no recorded incidence of violence during voting. In 2014 Lok Sabha election, the BJP had won 12 seats, while two seats were won by Jharkhand Mukti Morcha. In Jharkhand, the key contest is between BJP and the grand alliances, which is made of JMM, Congress, Rashtriya Janata Dal, Left Front and Jharkhand Vikas Morcha (Prajatantrik).

According to News Nation Exit Poll, BJP is expected to get 9-11 seats in Jharkhand and Grand Alliance may win 3-5 seats. According to India Today-AxisMy India prediction, BJP is likely to win 12 seats, while the Mahagathbandhan is expected to win just two seats. Times Now-VMR exit poll has predicted eight seats for BJP and 6 for Congress and its allies. The ABP-Nielsen survey has predicted that grand alliance will 5 seats in Congress while the BJP will win 9 seats. The India TV-CNX poll predicted  8 seats for the BJP in Jharkhand, three for JMM, 2 for Congress 2 and one for JVM (P).

The seven-phase Lok Sabha election started on April 11 and concluded on May 19. Counting for all 542 seats is set to take place on Thursday. Voting in Vellore parliamentary constituency of Tamil Nadu was deferred by Election Commission over allegations of misuse of money power.