Her cricketing skills may not win her many accolades but Urmila Matondkar is hoping for a scintillating political debut this election season. 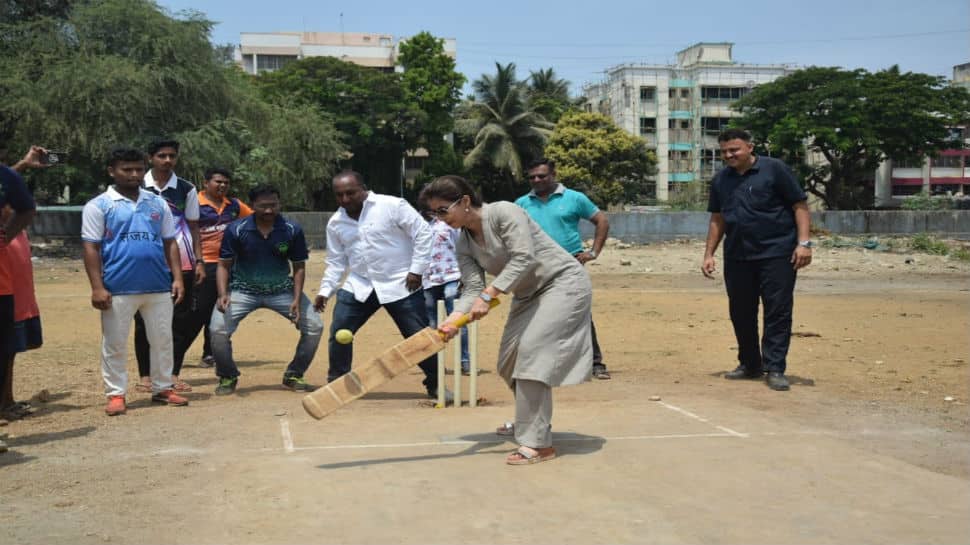 Mumbai: It appears Urmila Matondkar is donning a new hat with each passing day this election season. The actress, who recently joined Congress and is the party candidate from North Mumbai, was seen playing cricket on Sunday while on a campaign trail.

Already on a new pitch courtesy her entry into politics, Urmila looked at ease with a bat in her hand as she tried to dispatch the ball and, through it, her political rivals out of the park. The batting debut took place at a small field in Charpok while Urmila was here to woo voters.

Seen as a bid to connect with common people in the city, Urmila dabbled with the bat and while the score is not yet known, she did manage to strike a chord.

This, however, is not the first time that Urmila has taken the rather unconventional route during campaigning. Recently, she was on a rickshaw in Borivali while asking voters to support her and her party. The 45-year-old was also seen singing songs with children from slums. She was also seen drinking amla juice during a morning walk regime at the Borivali National Park where she engaged others here in a cheery conversation.

While smiling throughout her political campaigns, it has not been a walk in the park for Urmila since she was named the party candidate from North Mumbai. Her main political rival - BJP MP Gopal Shetty - had defeated Congress leader Sanjay Nirupam in the 2014 Lok Sabha election and has now said that Urmila was picked by Congress only because of her star value. He was also quoted by the local media as saying that while Urmila has political knowledge, she has chosen the wrong party.

Mumbai North votes in the fourth phase - on April 29.