The incident took place in the Moti Nagar area at around 6 pm. 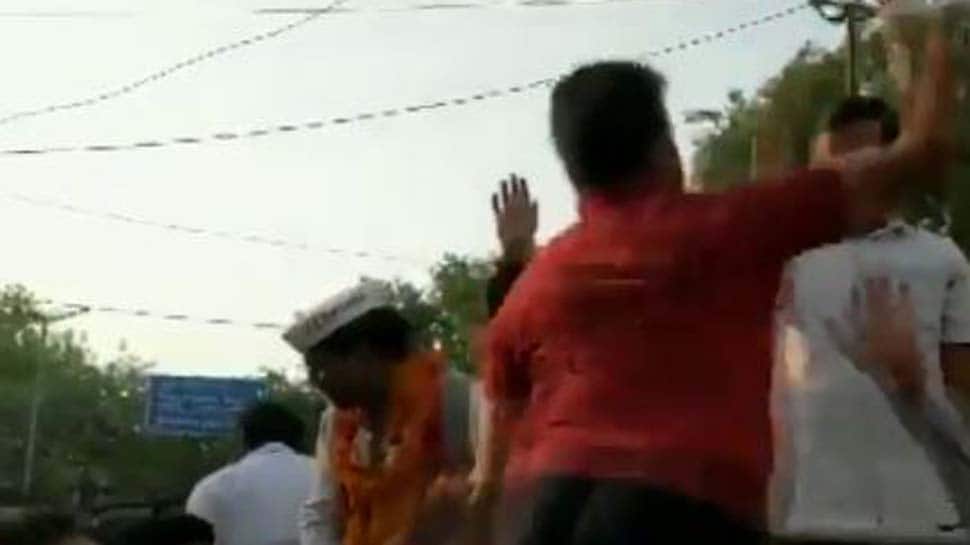 The incident took place in the Moti Nagar area at around 6 pm. The man has been identified as Suresh. He has been taken in the custody of the Delhi police for questioning. Suresh is said to have a shop of spare parts.

CM Kejriwal was in an open jeep when the man climbed on the bonnet of the vehicle and slapped him. The man could be heard hurling abuses at the chief minister.

Kejriwal was shaking hands with his supporters and waving at the gathering when a man wearing a maroon shirt climbed on to the vehicle to slap him. The CM's supporters immediately pulled him down and thrashed him.

Reacting to the incident, the AAP called it another negligence in the security of the chief minister and condemned the "cowardly act". Taking to Twitter, the party said, "opposition sponsored attack cannot stop the Aam Aadmi in Delhi".

Another negligence in the security of CM @ArvindKejriwal.

Delhi CM Arvind Kejriwal got attacked during the roadshow. We condemned this cowardly act. This opposition sponsored attack cannot stop the Aam Aadmi in Delhi.

This is not the first time that the Aam Aadmi Party convener has been assaulted. Kejriwal was also slapped while campaigning for Delhi assembly elections in 2015 and again during the same year when an autorickshaw driver slapped him during a roadshow in Delhi. He was targetted with ink during a press conference earlier. In 2017, a shoe was also hurled at him in Rohtak, Haryana.