PM Modi will be MP's Ratlam on Monday before addressing rallies in Solan and Bhatinda. 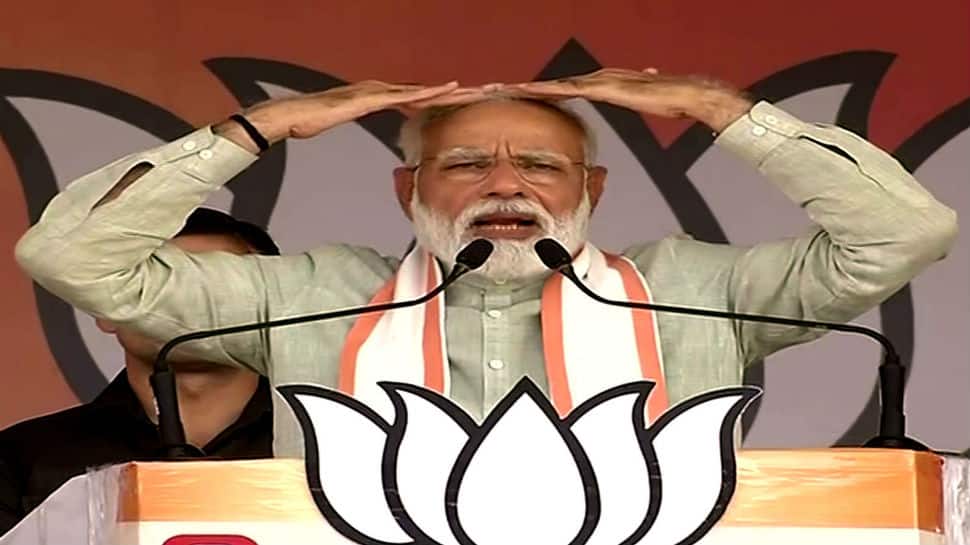 New Delhi: Prime Minister Narendra Modi has a packed Monday ahead of him with rallies scheduled in MP's Ratlam before making his way to Himachal Pradesh's Solan and Punjab's Bhatinda.

PM Modi will be in Solan, ahead of May 19 voting in the final phase of Lok Sabha election, in the afternoon. Situated under 50 kilometres from Shimla, Solan has been turned into a fortress for PM Modi's visit. It is reported that over 700 police personnel have been deployed here to ensure that no untoward incident takes place on Monday. All four parliamentary constituencies of the state - Hamirpur, Kangra, Mandi and Shimla - will vote next Sunday and PM Modi will look to drum up support for the Bharatiya Janata Party (BJP) here.

The fight across the state borders, some 220 kilometres from Solan in Bhatinda, is between Union Minister Harsimrat Kaur Badal who takes on Congress' Amrinder Singh Raja Warring. PM Modi is expected to once again flay Congress here, this time on behalf of BJP's alliance partner Shiromani Akali Dal. Interestingly, Congress' Punjab chief minister Captain Amarinder Singh reportedly said that ministers in his cabinet would be sacked if they are unable to ensure success in Lok Sabha election 2019. All 13 constituencies here will cast their vote in the final phase and the contest at hand promises to be thrilling.

The battle in Madhya Pradesh is likely to be every bit as intense.

PM Modi will kickstart his Monday's proceedings by addressing a rally in Ratlam where BJP has fielded Gumansingh Damor. Damor made a controversial statement on Sunday when he said India would not have been partitioned had Jinnah been made the PM instead of Jawaharlal Nehru. (Watch video here)

PM Modi, however, is unlikely to take off from where Damor left off and instead, could target Congress' current state.

The Lok Sabha election 2019 has been a bitter battle between political parties and their respective leaders. Polling has been completed in 483 of 543 seats and the remaining 59 constituencies will vote on May 19 before counting on May 23.