Prime Minister Narendra Modi retained Varanasi by over 4.79 lakh votes. He increased his victory margin as compared to 2014 by over one lakh votes, trouncing Samajwadi Party's Shalini Yadav. 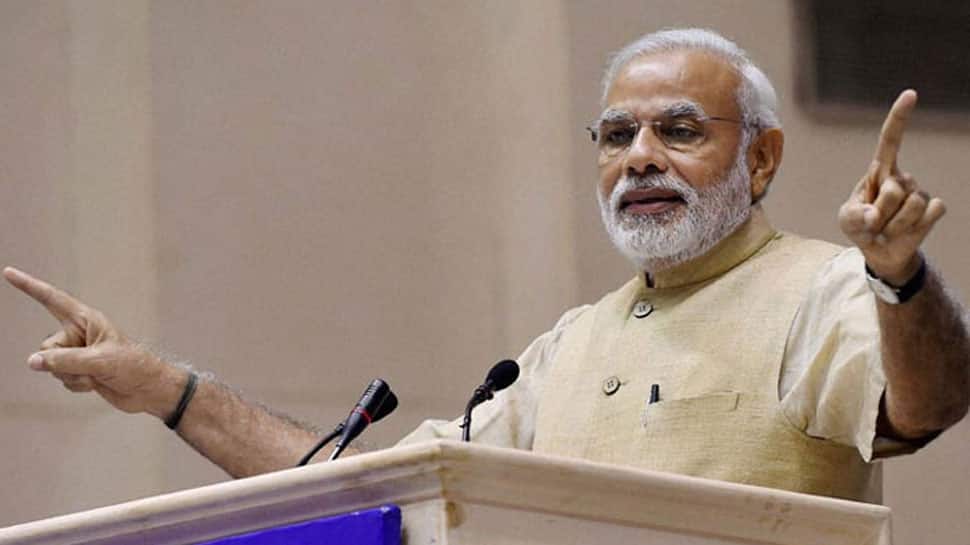 Textile Minister Smriti Irani emerged as a giant-killer against Congress president Rahul Gandhi who conceded defeat from Amethi in one of the most keenly watched contests in the country.

The official announcement on most of the seats was awaited as matching of electronic voting machine (EVM) counts with voter verifiable audit trail(VVPAT) slips was in progress.

Prime Minister Narendra Modi retained Varanasi by over 4.79 lakh votes. He increased his victory margin as compared to 2014 by over one lakh votes, trouncing Samajwadi Party's Shalini Yadav.

Giriraj Singh, who was up against Kanhaiya Kumar, former JNU president and CPI(ML) candidate, in Begusarai, was leading by 4.22 lakh votes. Radha Mohan Singh fielded from Purvi Champaran was ahead of his rival Aakash SIngh by a margin of nearly two lakh votes. In Arrah, RK Singh led against his nearest rival of CPI(ML) by a margin of over one lakh votes.

Firebrand leader and Union minister Ashwini Kumar Choubey too sailed through against RJD's Jagadanand Singh, leading by around 1.5 lakh votes.

Cabinet minister KJ Alphons was facing a humiliating defeat in Kerala. He trailed at the third place behind Congress' Hibi Aeden and CPI(M) candidate P Rajeev on Ernakulam seat.

His colleague and Union Housing and Urban Affairs minister Hardeep Puri lost in Amritsar by a margin of over 99,00 votes

Another big loss of the BJP was Union minister of state for Railways Manoj Sinha who was down by around 1.15 lakh votes against BSP's Afzal Ansari on Ghazipur seat.

Gadkari won from Nagpur by a margin of around 1.97 lakh votes. He was up against Congress's Nana Patole.

On Chandrapur(Maharashtra) seat Union minister of state for Home Affairs Hansraj Gangaram Ahir had a tough contest on the platter and he was trailing behind Balubhau by over 50,000 votes.

In UP's Baghpat, Satyapal Singh was also engaged in a keen fight with RLD candidate Jayant Chaudhary. Singh was trailing behind with 1068 votes.

Sanjiv Balyan was engaged in an intense contest in Muzaffarpur seat in UP. He was leading over his rival and RLD chief Ajit Singh by thin margin of 3,782 votes.

Maneka Gandhi, who switched to Sultanpur(UP) seat, was leading by a slender margin of 13,859 votes against BSP's Chandra Bhadra Singh.

BJP's biggest winners included VK Singh who led over his rival from SP Suresh Bansal by a margin over five lakh votes in Ghaziabad constituency.

Union minister Mahesh Sharma was leading on Gautam Buddh Nagar(Noida) seat by over two lakh votes, against BSP's Satyapal. In Bareilly, Santosh Gangwar sailed through with around 1.5 lakh votes.