Mamata Banerjee tweeted, "Maligning and attacking Opposition leaders show that BJP has lost the election and are making desperate attempts." 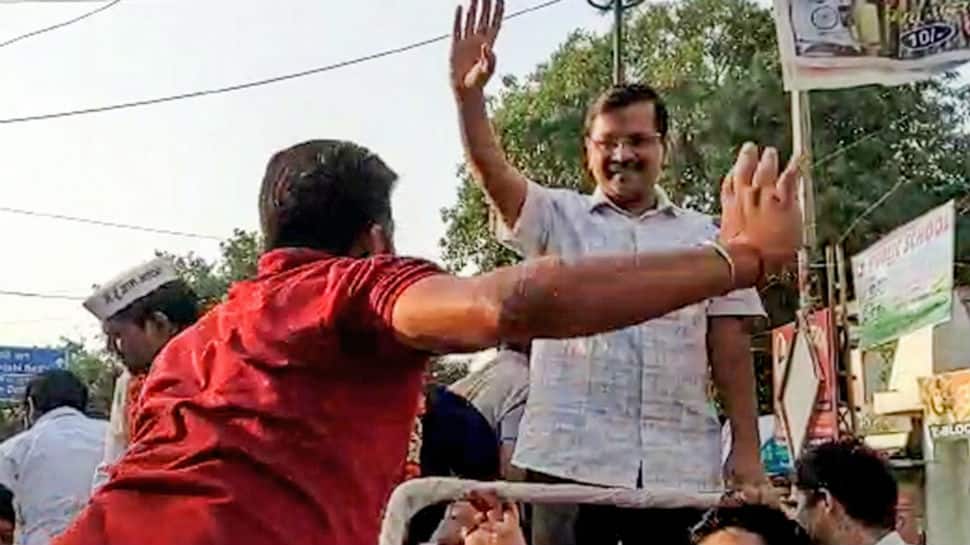 Delhi Chief Minister Arvind Kejriwal was slapped by a man during a roadshow in Moti Nagar (Image courtesy: PTI)
Share:
Written By:

West Bengal Chief Minister Mamata Banerjee condemned the attack on her Delhi counterpart Arvind Kejriwal on Saturday during a roadshow and said that such incidents on Opposition leaders show that the "Bharatiya Janata Party (BJP) has lost the Lok Sabha election and have become desperate." In her tweet, she also added that she supports Kejriwal.

"Political vandalism. Political goondaism. Political vendetta. Maligning and attacking Opposition leaders show that BJP has lost the election and are making desperate attempts. We condemn the attack on Arvind Kejriwal. We are all with you, Arvind," the Trinamool Congress (TMC) chief said.

Political vandalism. Political goondaism. Political vendetta. Maligning and attacking Oppn leaders show that BJP have lost the election and are making desperate attempts. We condemn the attack on @ArvindKejriwal We are all with you, Arvind

Her party leader Derek O' Brien also condemned the incident and targeted the BJP over it, saying that saffron party's "desperation proves that it is on its way out."

The @ArvindKejriwal incident in Delhi and the malicious spin on a silly video targeting @MamataOfficial in Bengal prove that BJP has already LOST. They are desperately creating incidents to try and find 'game-changers'. People have already changed the game! Modi is OUT: Derek

Kejriwal was slapped and abused by a man when he was holding a roadshow in Delhi's Moti Nagar area. He has been identified as Suresh and he was later taken into the custody.

Terming the attack an act of gimmick, rebel AAP MLA Kapil Mishra tweeted that "entire Delhi knew Kejriwal would plot an attack against himself. "

This is not the first time that Kejriwal has been attacked. The AAP chief was slapped while campaigning for Delhi assembly elections in 2015 and in the same year, an autorickshaw driver slapped him during a roadshow in Delhi. He was then targetted with ink during a press conference and in 2017, a shoe was hurled at him in Rohtak, Haryana.