Addressing a rally in Aligarh, the BJP chief said that Mamata is jittery over BJP's rising popularity in the state. 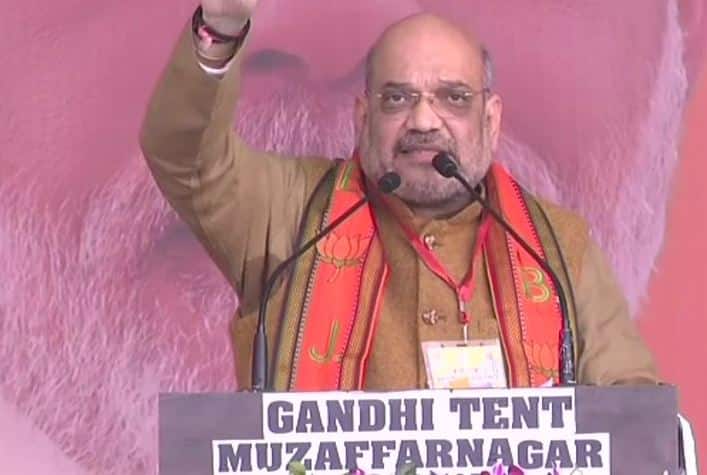 ALIGARH: Issuing a warning to West Bengal Chief Minister Mamata Banerjee over her attempts to stop the BJP workers and leaders from entering into the state, BJP President Amit Shah on Wednesday said that Mamata will have to face consequences of her actions.

Addressing a rally in Aligarh, the BJP chief said that Mamata is jittery over BJP's rising popularity in the state and this is the only reason why she does not want the BJP leaders to enter West Bengal.

"But she does not know that we are BJP workers and we will not rest until we ensure that the lotus blooms in 23 of the 42 seats in West Bengal," Shah was quoted as saying by IANS.

"Yesterday (Uttar Pradesh Chief Minister) Yogiji (Adityanath) was not allowed to enter by air, my chopper was not allowed to land. The same is happening with Shivraj Singh Chouhan who is there today. The Prime Minister was allotted a smaller ground and the permission was given late at night. All this shows that she understands that her time is up and the BJP was going to win handsomely in the Lok Sabha election," added the BJP president.

Shah claimed that Trinamool goons are attacking BJP workers across West Bengal and they had killed 65 BJP workers so far. "But we will not sit quiet... But we don`t subscribe to violence. We will avenge all this by ensuring that people press the lotus button when the time to vote comes," he noted.

Seeking votes for Prime Minister Narendra Modi in the upcoming Lok Sabha election, Shah said that India was "safest under the BJP government at the Centre".