The BJP swept all the seven seats in Delhi with the party setting new records in five constituencies where its candidates defeated their opponents with the highest margins ever. 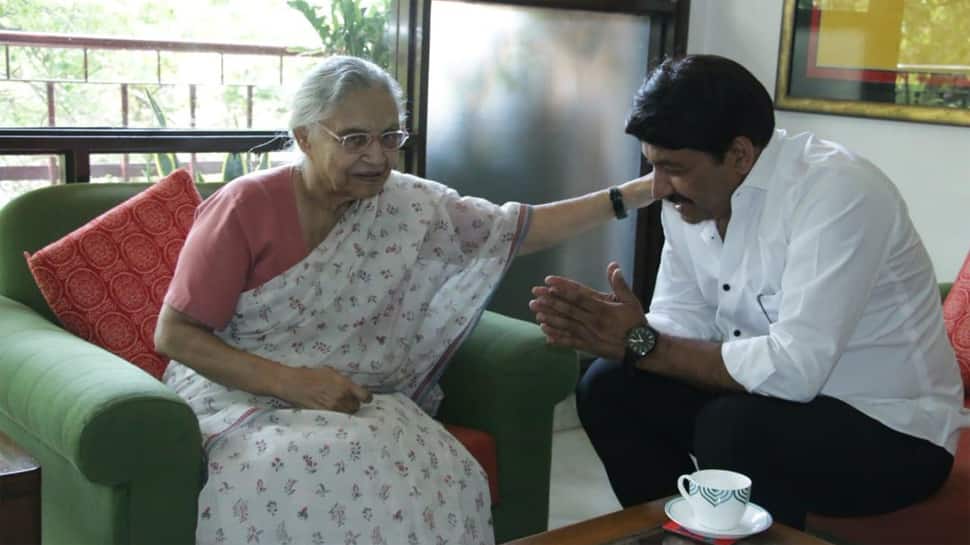 NEW DELHI: Delhi Bharatiya Janata Party chief Manoj Tiwari met Delhi Congress chief Sheila Dikshit on Saturday and sought her blessings after winning the recently concluded Lok Sabha election. Tiwari and Dikshit were pitted against each other in the Lok Sabha election from the North East Delhi constituency. Dikshit lost to her BJP counterpart by 3,66,102 votes.

The BJP swept all the seven seats in Delhi on May 23 when the results were declared. The party set new records in five constituencies where its candidates defeated their opponents with the highest margins ever.

After winning the Lok Sabha election, the BJP is now eyeing he Assembly election in Delhi which is due in 2020. Tiwari has exuded confidence that his party will form government in Delhi in 2020. "In 2019 Lok Sabha elections the people of Delhi rejected the politics of lies. The pessimist politics done by the negative minded leaders of Delhi have been rejected. In the Vidhan Sabha (Assembly) polls people are determined to form a strong government of the BJP for the development of Delhi," Tiwari had said.

Commenting on the Aam Aadmi Performance's (AAP) performance in the polls, Tiwari had said, "Arvind Kejriwal's negativity depressed the voters which was reflected in poor standing of his party in the polls."

With a massive surge of vote percentage in favour of the BJP and the Congress ending at the second spot, the results are likely to be a cause of concern for Chief Minister Arvind Kejriwal led-AAP.