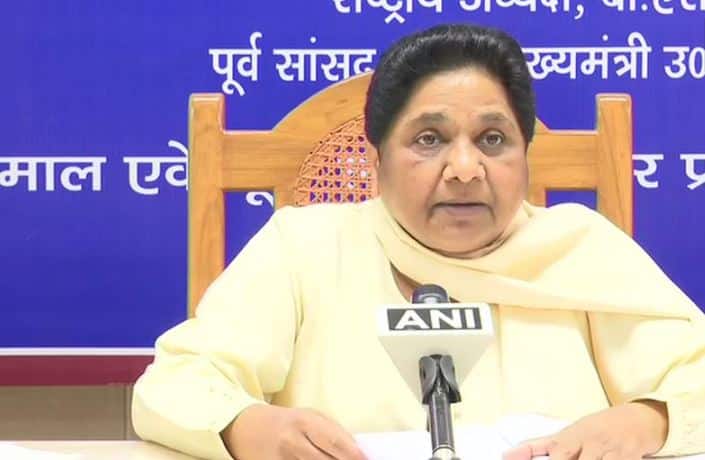 LUCKNOW: Launching a scathing attack on Prime Minister Narendra Modi, Bahujan Samaj Party (BSP) chief Mayawati on Wednesday said that no riots took place when she was the chief minister of Uttar Pradesh but PM Modi's tenure will always be remembered for violence. Mayawati added that PM Modi is 'unfit' for holding a public office.

Talking about PM Modi's tenure as Gujarat chief minister, Mayawati said that it is nothing more than a 'stain on BJP and country`s communalism'. "Prime Minister Narendra Modi was indeed the Chief Minister of Gujarat for a longer time than I was the CM of Uttar Pradesh, but his legacy is a black stain on BJP and country`s communalism...While in our government, Uttar Pradesh was free of riots and anarchy," the BSP supremo told ANI.

BSP Chief Mayawati: PM Narendra Modi was indeed the CM of Gujarat for a longer time than I was the CM of Uttar Pradesh. But his legacy is a black stain on BJP & country's communalism....While in our government, Uttar Pradesh was free of riots and anarchy pic.twitter.com/T7mv3ohiGO

The BSP supremo remarked that her government was "fit" when it came to matters of public interest, while BJP has proved to be completely "unfit". "Modi`s term as a Prime Minister as well as Chief Minister was full of violence. He is unfit to hold the public office," Mayawati said.

It is to be noted that Mayawati served as Uttar Pradesh chief minister four times, briefly in 1995 and 1997, then from 2002 to 2003 and from 2007 to 2012. Mayawati also slammed PM Modi for calling BSP - 'Behenji ki Sampatti Party' saying the property which she owns are given by her well-wishers and supporters.  "Whatever the national president of BSP has, it has been given by well-wishers and the society, and nothing is hidden from the government," she said.

BSP Chief Mayawati in Lucknow: PM doesn't hesitate from calling BSP, 'Behenji ki Sampatti Party.' Whatever the national president of BSP has, it has been given by well-wishers & the society, and nothing is hidden from the government. pic.twitter.com/btJjXtVCtM

Continuing her tirade against the BJP, Mayawati said that the saffron party is full of corrupt leaders. "BJP has a disease of calling other parties corrupt. The nation knows that the most corrupt people belong to their party," she added. Voting for remaining 13 out of 80 seats in Uttar Pradesh is scheduled to take place on Sunday. The counting of votes will take place on May 23.