Modi is modern-day Aurangzeb, has destroyed many temples in Varanasi: Sanjay Nirupam

It is to be noted that several small temples, buildings and structures were demolished in Varanasi as part of the clearance to build the Kashi Vishwanath Corridor. 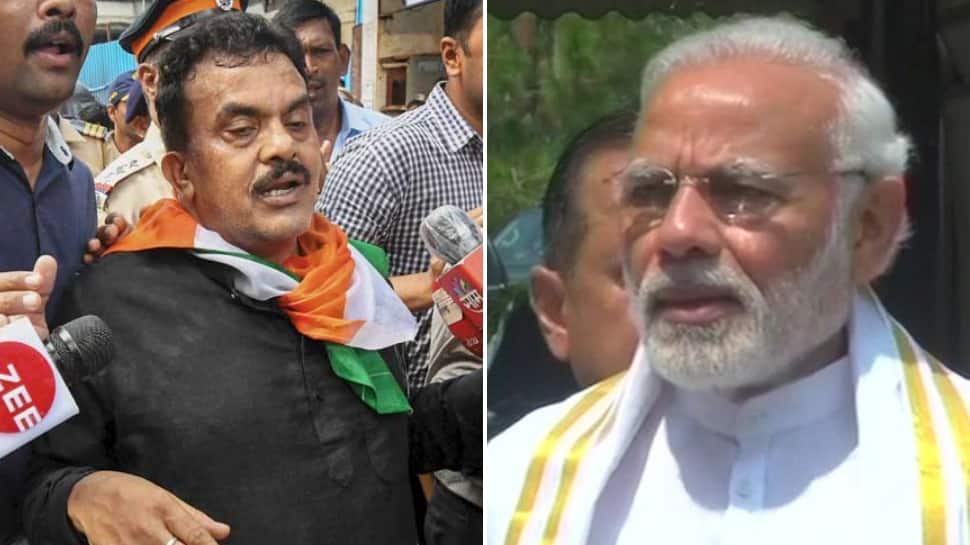 Nirupam made the remarks in Varanasi, Uttar Pradesh. Nirupam claimed that PM Modi is the modern-day version of Aurangzeb because it was on his order that hundreds of temples were demolished in Varanasi to build a corridor in the city.

#WATCH Sanjay Nirupam, Congress, in Varanasi: I feel that the person that people here have chosen- that Narendra Modi is actually the modern incarnation of Aurangzeb. (07.05.2019) pic.twitter.com/u6x0UsgU3D

It is to be noted that several small temples, buildings and structures were demolished in Varanasi as part of the clearance to build the Kashi Vishwanath Corridor.

Nirupam, who is infamous for his caustic remarks against PM Modi, said that the prime minister has also instructed that a ‘fine’ or ‘fee’ of Rs 550 should be taken from those who want to visit the Baba Vishwanath temple. “This is proof that whatever Aurangzeb could not do, Modi is doing today,” he said, adding, “At one time, Aurangzeb came to the streets of Kashi to destroy our temples, even then the residents had saved her temples and protested.” The Congress leader said that a similar movement will take place now in the streets of Varanasi.

Aurangzeb is not a new name for Indian politics as his name has been dragged several times in political dogfights in the past too. It would not be wrong to say that Aurangzeb's name isw dicussed in every election campaign. Last year, Congress spokesperson Randeep Surjewala had said that PM Modi is just like Aurangzeb and a BJP leader from Rajasthan had compared Congress chief Rahul Gandhi to the Mughal ruler.

Polling in the Varanasi is scheduled to take place in the last and seventh phase on May 19. PM Modi is seeking re-election from the seat. In 2014, PM Modi had won from this seat by a margin of over 3 lakh votes. Aam Aadmi Party chief Arvind Kejriwal came in at second place, while Congress' Ajay Rao managed to bag just 75,000 votes,

Speculations were rife that Congress might field Priyanka Gandhi against Modi from Varanasi but the grand old party ended the suspense few days ago by giving ticket Ajay Rai again.