Navjot Singh Sidhu does a Mayawati, asks Muslims to unite against PM Modi

Sidhu made the controversial comment just a day after the EC imposed a campaign ban on BSP chief Mayawati and Uttar Pradesh Chief Minister Yogi Adityanath for seeking votes in the name of religion. 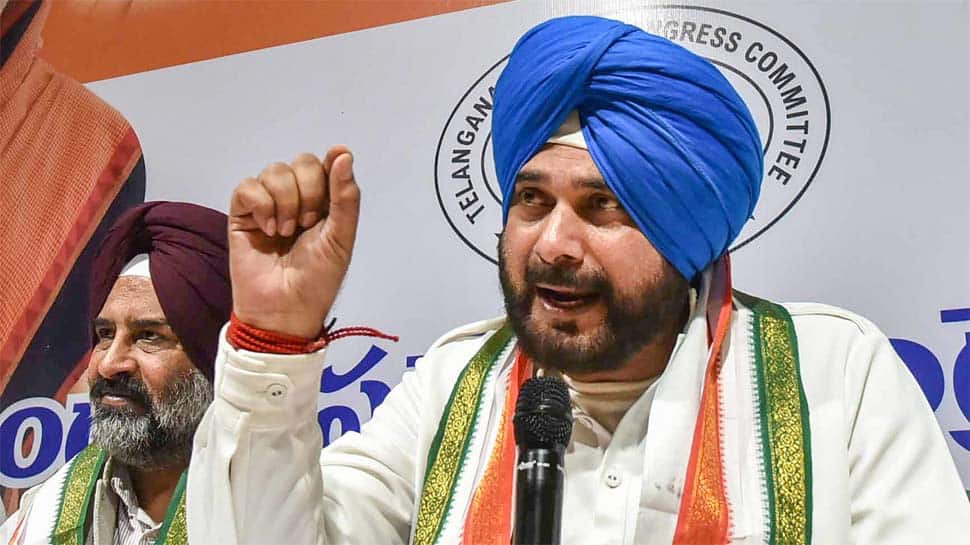 Punjab Minister and Congress leader Navjot Singh Sidhu stirred a controversy on Tuesday after appealing Muslims to unite and vote for the party at a rally in Bihar's Katihar.

Arguing that Muslims should unite and vote for Congress candidate Tariq Anwar, “There's a conspiracy going on. I have come to warn you, Muslim brothers. You form 54 per cent of the population... All of you come to work in Punjab. If you face any problem in Punjab, you'll find Sindhu standing”

“I am here to warn you all. They are dividing you guys. After fielding candidates like Owaisi, they want to divide your votes and win the polls. If you all come together and vote, then the matter will be settled, Modi will be taken care of. It's time to hit a six and send Modi outside the boundary,” said the cricketer-turned-politician at a rally at Katihar's Balrampur High School.

“If you show solidarity, no one can defeat your candidate (Tariq Anwar),” he added.

Sidhu made the controversial comment just a day after the Election Commission imposed a campaign ban on four prominent leaders, including BSP chief Mayawati and Uttar Pradesh Chief Minister Yogi Adityanath, for seeking votes in the name of religion.

Addressing a rally in Deoband, Mayawati had appealed to the Muslim community not to vote for the Congress and stand firmly behind the SP-BSP-RLD alliance in Uttar Pradesh.

Besides Mayawati and Yogi Adityanath, the EC also banned BJP leader Maneka Gandhi and Samajwadi Party leader Azam Khan from campaigning for a period ranging between 48 and 72 hours for violating the Model Code of Conduct.

The EC took action against Azam Khan for using derogatory remarks against BJP leader Jaya Prada, while Union Minister Maneka Gandhi has been banned from campaigning for 48 hours for her 'hateful' comments in Sultanpur. "You (Muslims) have to recognise that this victory is sure without you and even with you, and you will have to spread the word," she had said.