Clad in a starched, white kurta-pyjama, the 30-something reticent only child of the JD(U) chief had accompanied his father to cast his vote. 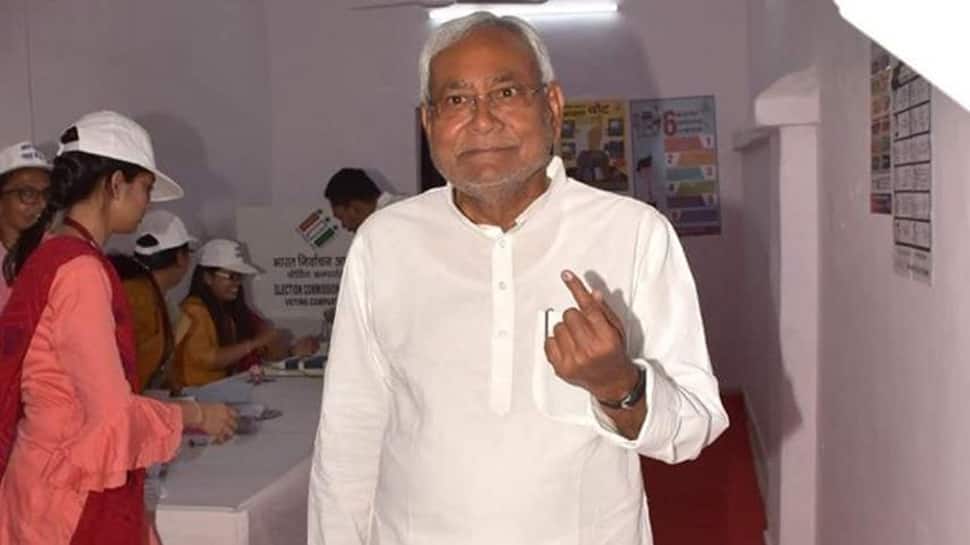 Patna: Chief Minister Nitish Kumar's son, Nishant, who cast his vote for the first time, expressed hope that people of Bihar will vote for Narendra Modi "uncle" and his father this time. Clad in a starched, white kurta-pyjama, the 30-something reticent only child of the JD(U) chief was speaking to reporters outside a government school near the Raj Bhavan here, where he had accompanied his father to cast his vote.

This is the first time I have cast my vote, Nishant said, adding shyly that he voted for Ravi Shankar Prasad, the candidate of the BJP, which is an alliance partner of the party headed by his father.

Asked why he never cast his vote earlier, he replied 'galti ho gayi' (it was a mistake) and appealed to voters to "come out in large numbers and help formation of a government of your choice".

Replying to a query, he said, "there is no possibility of my joining politics. It is a field about which I do not know and understand much."

He, however, added I believe my father must have done something for the betterment of the people of Bihar to have been in power for 13 years. I hope people will vote again for him and Narendra Modi uncle."

The engineering graduate, who is rarely seen in public, declined to comment on the frequent verbal attacks that his father faces from arch-rival Lalu Prasad's son Tejashwi Yadav saying 'mujhe in baaton ki zyaada jaankari nahin hai' (I do not know much about these matters).