Addressing a rally in Gujarat's Jamnagar, the Prime Minister said that the Opposition must use "common sense" before talking about the Rafale jets. 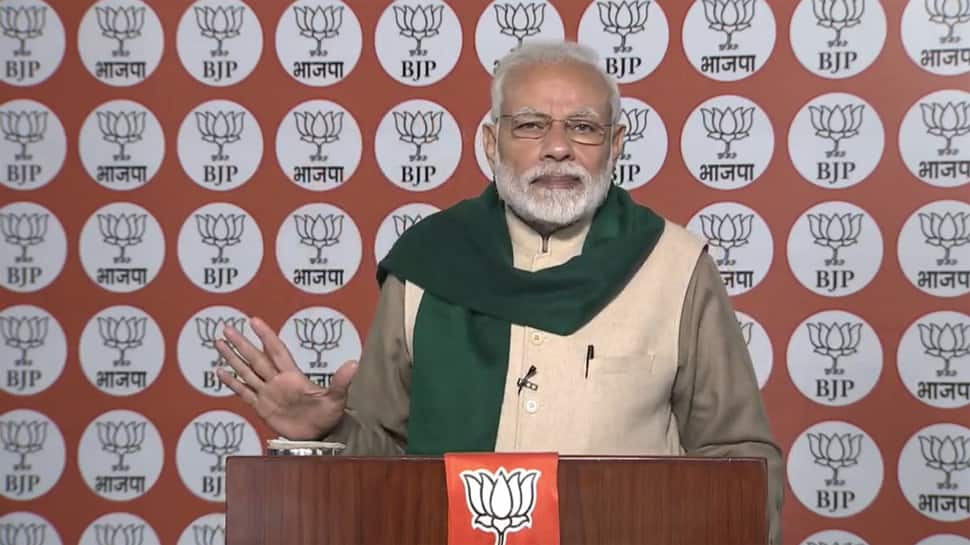 JAMNAGAR: Raking up the contentious Rafale fighter jets issue, Prime Minister Narendra Modi on Monday stressed that the country's defence situation would have not been same if the Indian Air Force had Rafale in its arsenal.

"Not one this side would have gone and no one on the other would have survived," he was quoted as saying by IANS.

Addressing a rally in Gujarat's Jamnagar, the Prime Minister said that the Opposition must use "common sense" before talking about the Rafale jets.

"If the Indian Air Force had the Rafale today, the situation would have been different, but some people do not have it in them to understand this," Modi said, adding "When I say this, they question the Air Force strikes."

It is to be noted that PM Modi is currently on a two-day visit to his home state. During the rally, the prime minister stressed that everyone in the country wants that terrorism should be wiped out completely, but the Opposition is trying to lower the morale of armed forces by doubting their valour.

Before starting his speech, PM Modi inaugurated a 750-bed annexe and PG hostel of the Guru Gobind Singh Hospital in Jamnagar. The foundation stones of various development projects in the Saurashtra region were also laid down by the prime minister, IANS reported.

PM Modi is scheduled to reach Ahmedabad later in the day to inaugurate the first phase of the six-km-long Metro rail service. He will also lay the foundation stone of Umiya Mata Temple Complex - a temple of the Patidar community - in Ahmedabad.