The former J&K CM was reacting to the emergence of the CCTV footage where several BJP leaders could be seen distributing envelopes among journalists. 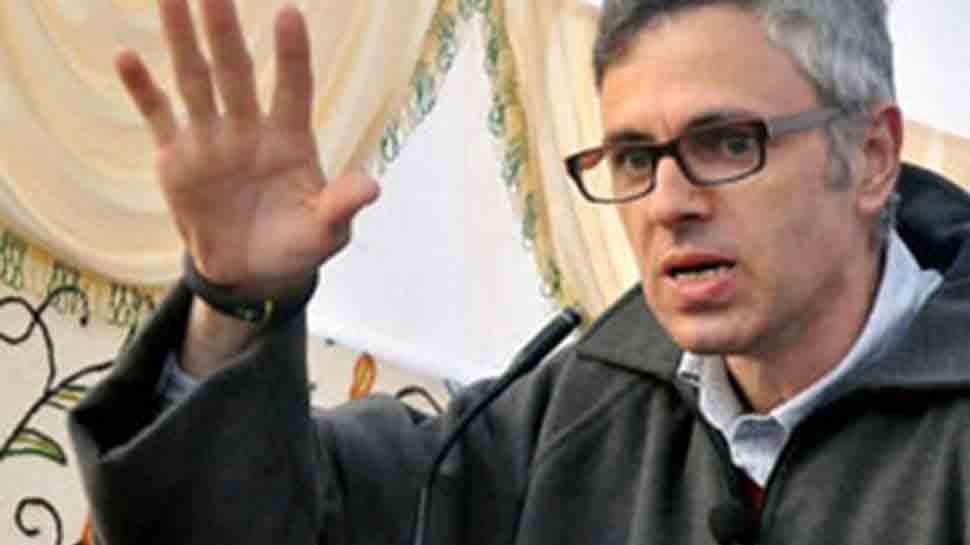 Srinagar: National Conference leader Omar Abdullah Wednesday said action must be taken in the alleged bribery of journalists by BJP leaders in Leh in Jammu and Kashmir.

"In light of the CCTV footage purported to show BJP leaders attempting to bribe journalists in Leh, I'm retweeting my original tweet with the letter of complaint by the Press Club Leh. Action must follow," Abdullah said in a tweet.

The former chief minister was reacting to the emergence of a CCTV footage from a hotel in Leh where several BJP leaders, including the party's state president Ravindra Raina, could be seen distributing envelopes among journalists.

However, as soon as the journalists opened the envelopes, they returned those to the BJP leaders.

Later, seven journalists from Press Club Leh wrote a letter to local police Station House Officer and asked him to register an FIR against Raina and another BJP leader Vikram Randhawa for "violating the model code of conduct and also at their attempt to bribe mediapersons of Ladakh".

"This is the CCTV footage of the alleged bribery attempt. Kudos to the journalists in Leh, their integrity and honesty is a shining example for their fellow journalists," Abdullah said in another tweet.

This is the second allegation of bribery against the BJP in Ladakh Lok Sabha constituency.

Police registered an FIR on 3 May 2019 for investigating an incident of distribution of money to people at an election rally of the BJP in the Nubra area of Ladakh region.

"An FIR...Has been registered by the District Police Leh under Section 171-B, 171-E RPC against an incident of distributing cheques / cash to the people gathered for BJP rally held on 30th April, 2019 (Tuesday) in Nubra Assembly Segment of 4-Ladakh Parliamentary Constituency," an official said last week.

They called me stupid PM: Narendra Modi lists out Congress abuses from 'dictionary of love'