Jaitley further said as the seventh phase of election approaches to closure, the groundswell in favour of Prime Minister Narendra Modi is becoming stronger. 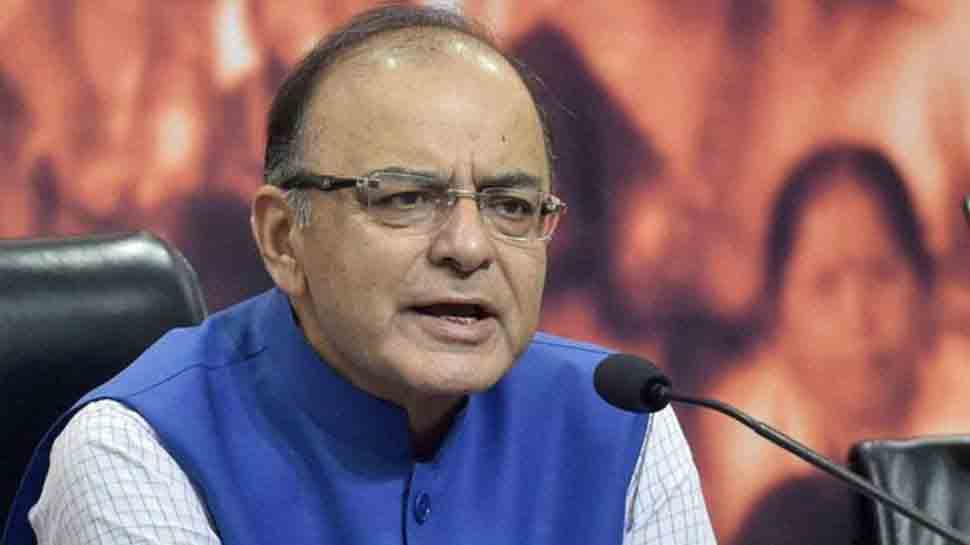 Calling the attack on Election Commission by opposition parties an advance alibi for defeat, Union minister Arun Jaitley on Thursday said the aspirational India wants a better tomorrow and will not make suicidal choices by voting for "highly corrupt" and "temperamental mavericks".

Fractured opposition has no agreement on either a leader or programme, the senior BJP leader said in his blog 'The Frightening and Scary Scenario of India's Opposition'.

Jaitley further said as the seventh phase of election approaches to closure, the groundswell in favour of Prime Minister Narendra Modi is becoming stronger.

"Except in the last few days, not one political analyst had foreseen the velocity of this groundswell even in a state like Bengal. The largest size of the prime minister's public rallies has been in Bengal," he said.

Terming opposition parties as "institution wreckers", he said their leaders represent "temperamental mavericks, some highly corrupt and many ? a governance disaster".

These leaders do not allow Parliament to function, attack and intimidate Judges, Jaitley said adding that the electorate wonders, if such as opposition can ever provide a cogent alternative.

Past history belies the longevity of such opportunistic and fragile combinations, he said.

The Election Commission is their next target, Jaitley said.

"The attack on the EVMs and the Election Commission is an advance alibi for defeat on the 23rd May, 2019," the minister noted.

Several opposition parties including TMC have criticised the Election Commission for curtailing election campaign period in West Bengal following violence between BJP and TMC workers in Kolkata during a roadshow by the saffron party chief Amit Shah.

"I have long argued that aspirational societies look for a better tomorrow. They are averse to suicidal choices. The frightening and scary scenario that the opposition promises will be responsible for its rout. This consolidates the groundswell in favour of Modi," he added.

The last phase of the general elections will take place on May 19. The results will be announced on May 23.

On NDA's prime ministerial candidate, Jaitley said the positive reasons for Modi's acceptability has been his decisiveness, integrity and performance, his delivery of resources to the poor, and his security doctrine which has been a game changer.

The NDA's strength, he said, has been a complete absence of any confusion about leadership or programme.