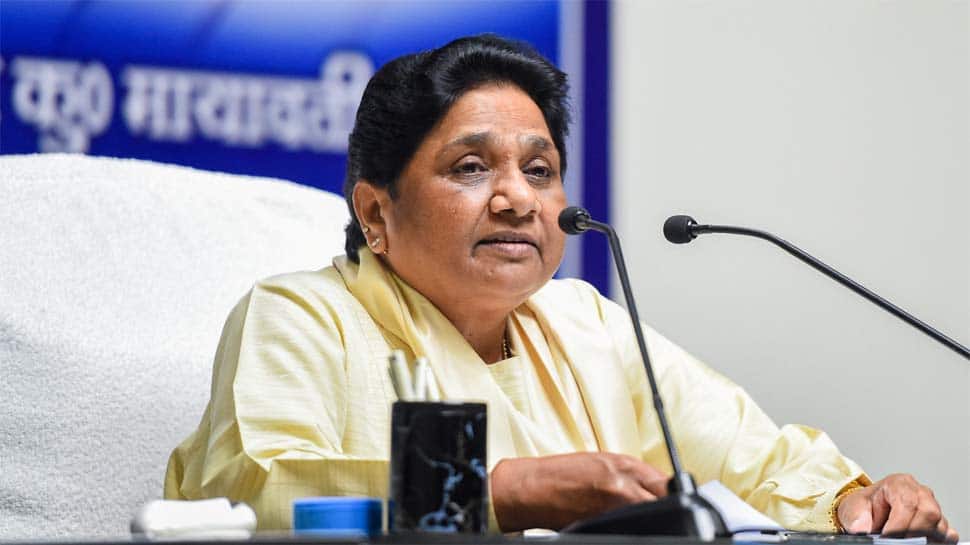 The former Uttar Pradesh chief minister said the language used by the BJP showed it has realised "definite loss in polls" and is "frustrated" and making baseless and absurd allegations.

The BJP, she asserted, is not coming to power again and Modi's dream of becoming the PM again will not be fulfilled."

In a tweet, Mayawati said the allegation that "our alliance is casteist is not only laughable but immature also. Narendra Modi, who is not backward by birth has not faced pain of casteism. Such a remark for the alliance should have been avoided, as it is not correct".

"Modi indulged in casteism by describing himself 'zabardasti ka pichhda' (backward). Had he been backward by birth, the RSS would not have let him become the PM. What RSS has done to leaders like Kalyan Singh is known to all," she said.

Instead of levelling allegations against the alliance, Mayawati said, "Modi should have looked at Gujarat where, I have come to know, Dalits cannot lead an honourable life. A Dalit man was not allowed to ride a horse during his wedding.

"Atrocities are committed on Dalits in Gujarat," she charged.

At a recent rally in Uttar Pradesh, Modi had accused the BJP and SP of indulging in caste politics.