PM Narendra Modi said that the voters will give a strong reply to opposition on May 23 after the declaration of the results of ongoing Lok Sabha election. 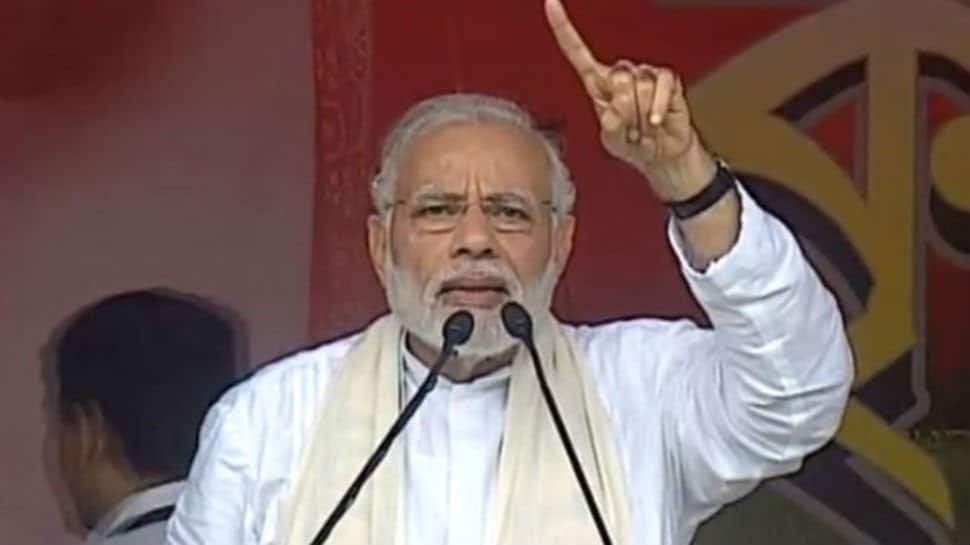 NEW DELHI: Hours after senior Congress leader Mani Shankar Aiyar tried to justify his controversial ‘neech aadmi’ jibe against Prime Minister Narendra Modi, the prime minister hit back at Aiyar and opposition parties, saying he considers their ‘abuses’ as gifts.  Addressing a rally in Buxar, Bihar, PM Modi said that the voters will give a strong reply to opposition on May 23 after the declaration of the results of ongoing Lok Sabha election.

“Going by the response of people in the six phases of elections, Opposition’s anger has touched the seventh heaven They are trying to draw satisfaction from hurling abuses. Not a single day has passed when these ‘mahamilavatis’ have not abused me. I consider their abuses as a gift. I will not reply to them. People will give befitting reply them through their votes,”PM Modi said.

Aiyar said that he was 'prophetic' in his description of PM Modi and added that voters would show the door to him on May 23. The senior Congress leader also labelled PM Modi as the 'most foul-mouthed' prime minister of India. "Modi will, in any case, be ousted by the people of India on 23 May. That would be a fitting end to the most foul-mouthed Prime Minister this country has seen or is likely to see. Remember how I described him on 7 December 2017? Was I not prophetic?" Aiyar said in an article for a English website.

Meanwhile, the Congress on Tuesday tried hard to distance itself from Aiyar’s remark. Congress spokesperson Jaiveer Shergill said the grand old party is not on the back foot regarding the remarks made by Aiyar about PM Modi.

BJP's IT cell chief Amit Malviya slammed Aiyar, saying that he was upset that another Congress leader Sam Pitroda was getting all the attention and that's why he has reiterated the controversial remark to remain in news. "Upset that Sam Pitroda was getting all the attention, the irrepressible Mani Shankar Aiyar pulls Pitroda’s foot out of his mouth... Reiterates and justifies his ‘Neech’ comment for PM!" tweeted Malviya.