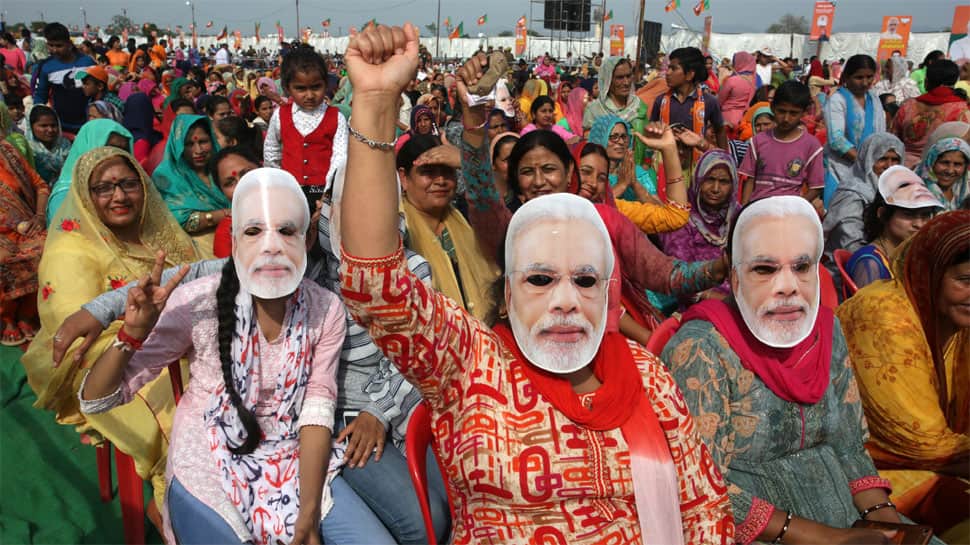 Continuing on his two-day poll campaign blitz, Prime Minister Narendra Modi's next stop will be in Odisha's Koraput and Andhra Pradesh's Kurnool on Friday, March 29.

PM Modi will address public meetings at Odisha's Jeypore and Kalahandi, before heading off to Kurnool in AP to reach out to the electorate through Vijay Sankalp Sabha to show BJP's strength in the state. Later, he will address another public meeting at Telangana's Mahbubnagar district on March 29.

"The Prime Minister will start his election campaign for eastern parts of the country from Jeypore in Koraput tomorrow," Union Minister Dharmendra Pradhan said Thursday.

Modi launched the BJP`s election campaign for the coming Lok Sabha polls with three mega rallies at Uttar Pradesh's Meerut, Uttarkhand's Rudrapur and Jammu's Akhnoor. Identifying national security and development as key issues, the PM slammed the Opposition and pitched the national elections as a fight between "dumdaar" (strong) BJP and a "daagdaar" (corrupt) opposition.

"The country has seen many governments which believed in sloganeering, but for the first time it has seen a decisive government which knows how to fulfil its commitments. Be it land or sky or space, the government of your `chowkidar` has shown courage to conduct surgical strikes," Modi said at Meerut.