The Prime Minister mocked Karnataka Chief Minister and said that he had become a 'punching bag' of everyone. 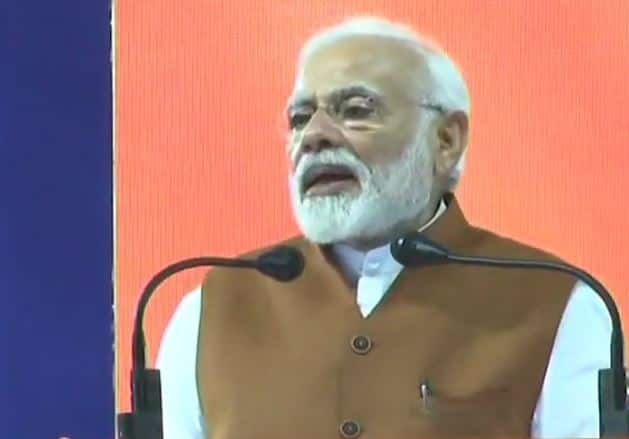 The Prime Minister mocked Karnataka Chief Minister and said that he had become a "punching bag" of everyone and Opposition is planning to impose the same model on the country.

Addressing a rally in Hubbali, said the ongoing 'natak' in the state is witnessed by people across the country on a daily basis, PTI reported.

"Everyone is involved in saving their seat," Modi said, adding that for the sake of power "MLAs are fighting at hotels and breaking their heads. Several Congress leaders are fighting for their supremacy."

"The Chief Minister here is everyone's punching bag. Every day he is getting threatened. His whole energy is spent on saving his seat from big Congress leaders," Modi said in a direct attack on Kumaraswamy, who has often openly expressed his 'helplessness' in running the government.

"Publicly, he weeps about his helplessness (mazboori). Such a helpless government, such a helpless Chief Minister who is being challenged by anyone and everyone. Who is the in charge of the government.? There is confusion about it," the PM was quoted as saying by PTI.

The PM once again harped on the 'mazboor versus mazboot narrative and said that Opposition parties are making efforts to impose "Karnataka's helpless model" on the country.

The Prime Minister also took a potshot at the ruling coalition for its loan waiver scheme for farmers. "These are the people who did not leave even farmers. People of Karnataka have experienced it. Ahead of elections big promises of loan waivers were made. What happened to it? How many loans were waived off?" he asked.

PM: Since decades they've been playing the same game. For votes, they come up with a 10-yr plan to waive off farm loans. They lie&in reality loan of only 25-30 out of 100 farmers are waived off. There too, farmers get only a few hundred rupees&rest goes into pockets of middlemen. pic.twitter.com/UEj6HxC7n5

Before starting his public address, Modi launched Rs 5,000 crore projects, including the Strategic Petroleum Reserve Facility that includes 1.5 million metric tonnes reserves at Mangaluru (Rs 1,227 crore) and 2.5 MMT at Padur (Rs 1693 crore) at Padur in Udupi district. He also laid the foundation stone for the Indian Institute of Information Technology at Dharwad.