Priyanka said that Modi calls himself a nationalist but he refused to open his door when the farmers reached Delhi to speak to him. 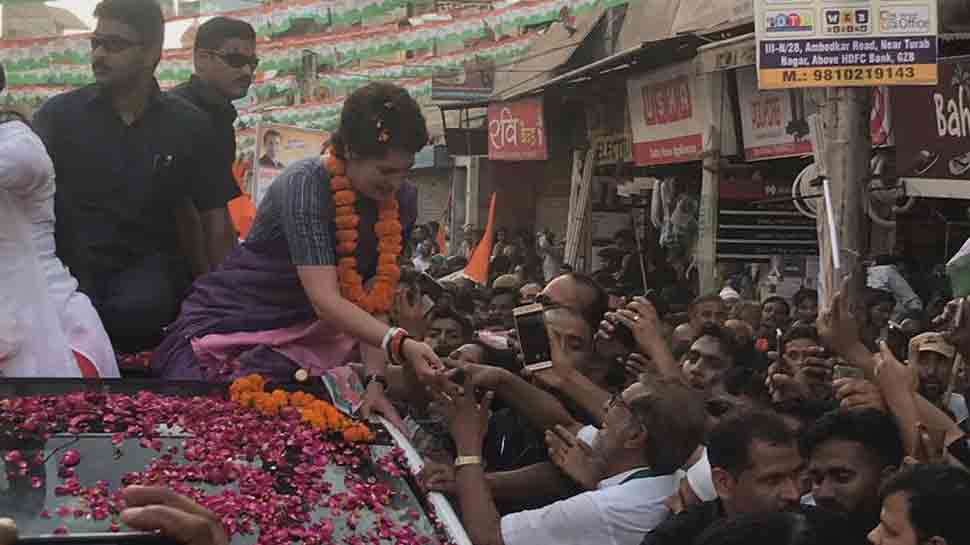 New Delhi: Congress General Secretary Priyanka Gandhi on Friday asked people to get serious about politics as it was a serious topic and urged them to question those who come to them seeking votes during elections.

"It is in your hand if you want to do politics of caste or politics where your representatives work for you earnestly. Those in power (right now) have never let people raise their issues, be it farmers or others," Priyanka said as she took our a roadshow at Ghaziabad in support of party's candidate Dolly Sharma from Jawahar Gate.

"No one is doing a favour by working for you. You are superior, not the leaders. Those in power have forgotten that you have the power. You have let them forget that you are superior," she said.

She further alleged that Modi did not talk to people in his own constituency Varanasi and neither visited anyone's house. "He has an obsession with our family. He says Nehru did this, Indira Gandhi did this, but Modiji what did you do, you must say what you did in five years. He came out to campaign after five years in office but could not list a single achievement," Priyanka said.

"The prime minister did not get five minutes during his five-year rule to met even one family in his own constituency. You have seen he has travelled the whole world. He hugged people in Japan, in the US also he hugged, in Pakistan he ate biryani, in China he hugged, in Africa he hugged, but have you seen him hugging any poor family of Varanasi", she quipped.

Priyanka said that Modi calls himself a nationalist but he refused to open his door when the farmers reached Delhi to speak to him. "Farmers are committing suicide, youths are desperately looking for employment. Hefty loans of industrialist have been waived. In Bhadohi district near Varanasi all carpet industries are facing financial crunch due to GST and most of the units have closed down," she said.

Urging the people to study the Congress manifesto, she said Rs 72,000 will be given to poor families every year and loans of the farmers will be waived.

The Congress has been campaigning extensively to give a tough fight to BJP's sitting MP and 2019 candidate from Ghaziabad VK Singh, a former Army chief in the upcoming election.