Political rallies, roadshows throw traffic out of gear in Delhi 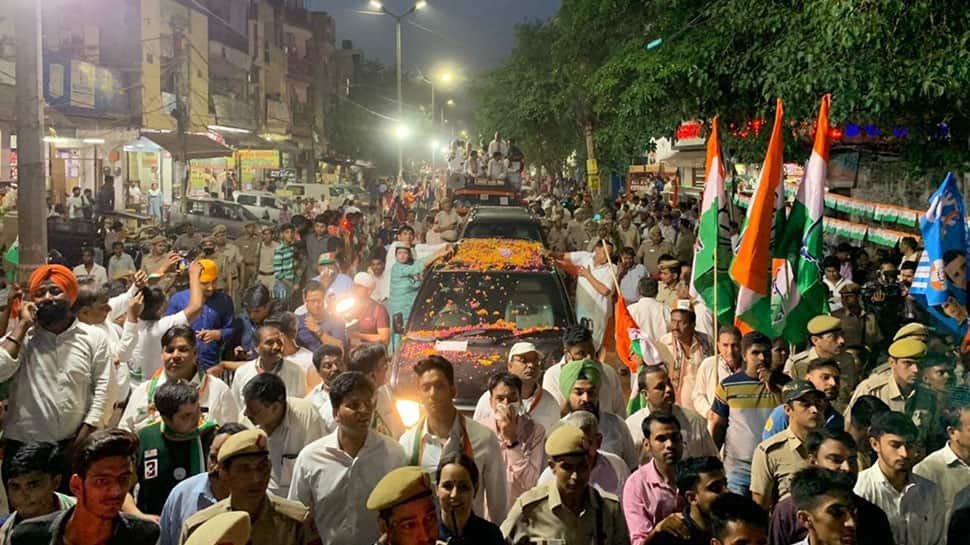 New Delhi: With top political leaders crisscrossing the city for election rallies and roadshows, traffic was thrown out of gear in many areas on Wednesday causing severe inconvenience to commuters. Commuters had to face mile-long traffic jams as vehicles moved at a snail's pace on major roads due to roadshows by the Congress in northeast and south Delhi and a rally by Prime Minister Narendra Modi in central Delhi.

The prime minister sought apology from the people because of the traffic snarls saying, "I thought people must be getting delayed for their homes because of me." Congress leader Priyanka Gandhi Vadra covered 2.2 kilometres in a roadshow in northeast Delhi, which started from Brahmpuri Road and ended at Yamuna Vihar.

"Since the drains were left open due to some work, there was bare minimum space to walk. The situation was compounded with people trying to enter the roadshow with their motorcycles leading to chaos and affecting traffic on both sides of the narrow road," said a man who was stuck in the jam.

Gandhi held another roadshow in the evening from Virat Cinema at Valmiki Marg and covered a distance of around 3 kilometres till Mehrauli. "Since it was peak traffic time, south Delhi was choked due to the roadshow. The roadshow affected traffic even in other parts of south Delhi," said a commuter.

Special Commissioner of Police (Traffic) Taj Hassan said elaborate arrangements were put in place to ensure smooth flow of traffic to avoid any inconvenience to commuters passing central, northeast and south Delhi areas where election-related events were scheduled. "Movement of commercial and heavy vehicles were restricted in these areas. However, private vehicles were allowed," he said.

In the evening, PM Modi addressed a rally at Ramlila Maidan. With VIP movement in central delhi, traffic was affected in Lutyens' Delhi and on stretches such as Minto Road, Delhi Gate, ITO which is usually choked during peak hours.