Congress General Secretary for Uttar Pradesh (East) Priyanka Gandhi Vadra was on Thursday caught on camera playing with snakes during a public meeting in the state. She was seen holding snakes when she met snake charmers in UP's Raebareli. 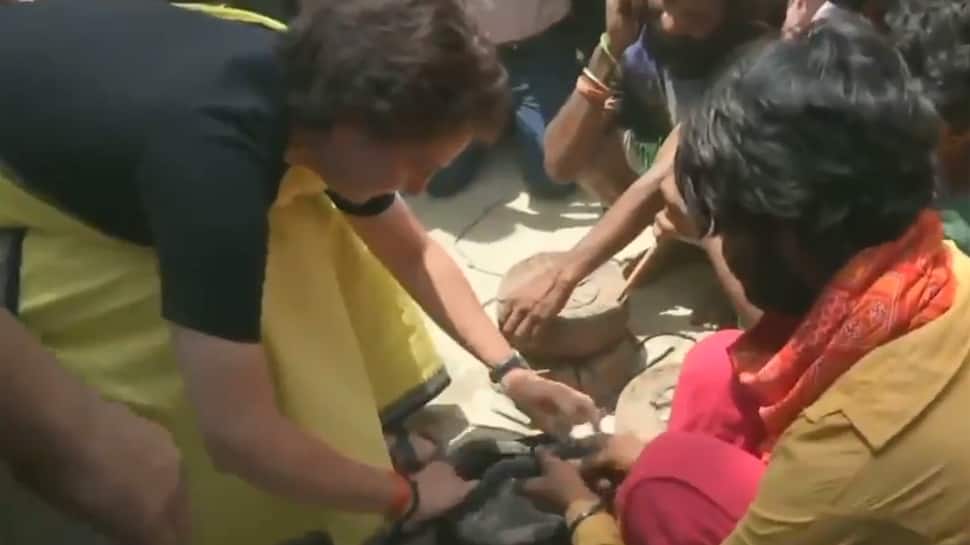 Congress General Secretary for Uttar Pradesh (East) Priyanka Gandhi Vadra was on Thursday caught on camera playing with snakes during a public meeting in the state. She was seen holding snakes when she met snake charmers in UP's Raebareli.

When she was warned by the people around to be careful with the snakes, she was heard saying 'nothing would happen, it's fine". She asked the snake charmers about the people in the area and even spoke to them about what kind of snakes do they have.

During her poll campaign for the Congress, she also said that she was in Amethi since the last two days and is holding the meetings in Raebareli on Thursday. Hailing her mother Sonia Gandhi's role in developing the constituency, she said: "My mother has been an MP from this seat for over 15 years. The work that she has done here has contributed to the development of the area."

Earlier on Wednesday, she had stirred a row after she claimed that Congress candidates in UP 'have been carefully chosen to either win or to cut BJP's votes. The Bharatiya Janata Party (BJP) had blasted the Congress for the statement and claimed that the party has no vision for the country and its people.

"Congress has openly admitted it will lose the election. They have given up even before the election is over," said Smriti Irani who faces Rahul Gandhi in Amethi Lok Sabha constituency.

However, she took a complete U-turn on her comment and on Thursday said that all the candidates fielded by the party will give a strong fight to BJP in UP. "Ideology of Congress and BJP is poles apart. We'll always fight them, they are our main adversary in politics. We've made sure not to benefit BJP in any way. We're fighting strongly, our candidates are strong," she said.