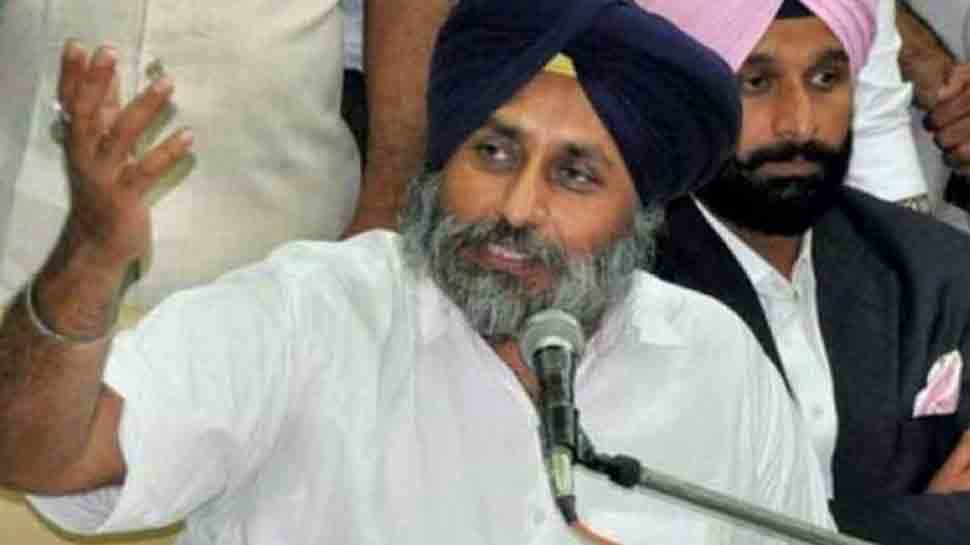 Chandigarh: Shiromani Akali Dal (SAD) president Sukhbir Singh Badal on Wednesday claimed that voters in Punjab were keen to "teach" Congress a "lesson" in the upcoming general election for "betraying" every section of the society.

Speaking here following the working committee meeting of the party, Badal said that he had visited 85 assembly segments of the state last month and found that people had made up their mind to "teach a lesson" to the Congress.

"The Lok Sabha elections will witness the SAD sweeping the state and will pave the way for the assembly election victory in 2022," Badal said, adding that the Akali Dal would observe March 16 as 'Vishvasghat divas' (betrayal day).

The working committee also discussed the party's strategy and poll campaign as well as authorised Badal to nominate candidates for the Lok Sabha polls.

Senior party leader Balwinder Singh Bhundur spoke on the alleged politicisation of the probe into the Kotkapura and Behbal kalan police firing incidents by the Congress government.

He accused SIT member Inspector General of Police Kunwar Vijay Pratap Singh of acting at the behest of Congress leaders against their political opponents.

The SAD's working committee also condemned the Pulwama terror terrorist attack and appreciated the "decisiveness" shown by Modi in ordering an air strike on the Jaish-e-Mohammad terrorist camp in Balakot in Pakistan.

The resolution which was passed by the committee, hailed the PM for successfully isolating Pakistan internationally.

Another resolution was passed by the committee, thanking Modi for giving "unprecedented priority" to the celebrations of the 550th?birth anniversary of Guru Nanak Dev by deciding to give the status of Heritage City to Sultanpur Lodhi, besides recreating "Pind Baba Nanak Da" and holding international seminars.