Though Congress workers and leaders have been working overtime to convince Rahul to reconsider his decision, party sources said that he is in no mood to negotiate. 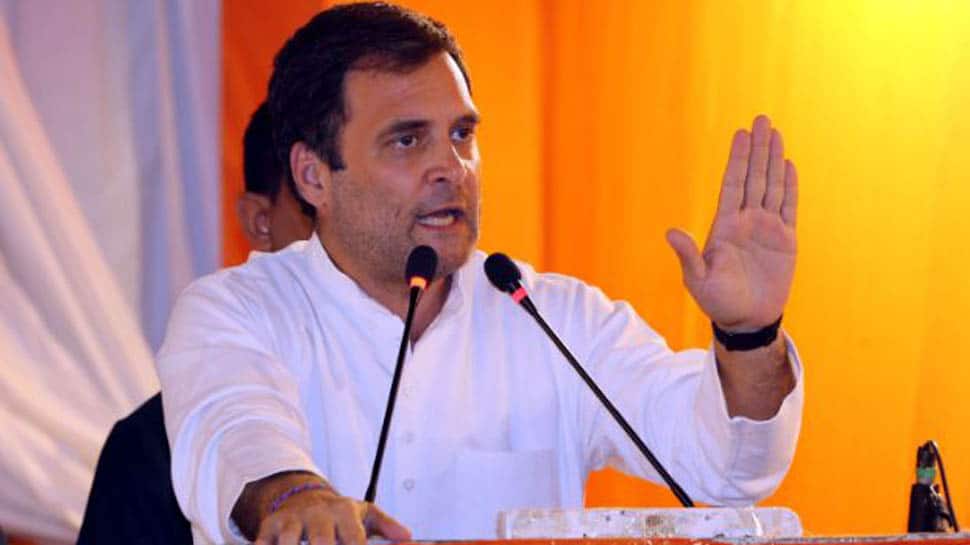 Congress president Rahul Gandhi is adamant on resigning from his post as the party chief and according to sources, Rahul has asked the senior leaders of the party to appoint either an OBC or SC/ST leader as the new president of the party. Though Congress workers and leaders have been working overtime to convince Rahul to reconsider his decision, party sources said that he is in no mood to negotiate and has asked the leaders to look for his alternative as soon as possible.

Congress performed disastrously in the recently concluded Lok Sabha election, winning just 52 seats. The party failed to win even one seat in several states, including Rajasthan, Gujarat, Uttarakhand, Himachal Pradesh, Delhi etc. Rahul took moral responsibility for the defeat and decided to quit as the party chief during the Congress Working Committee meeting last Saturday. Several leaders from Congress and its allies, including RJD's Lalu Prasad Yadav, DMK's MK Stalin and JD(S)' HD Kumaraswamy have urged Rahul to not resign but it seems that the Gandhi scion has made up his mind to step down.

Former Delhi Chief Minister Sheila Dikshit on Wednesday appealed to Rahul to re-think his decision. "I have given him the message that he should not resign. We want him to continue on his post, otherwise, it will cause us pain. We have conveyed that to him," she said.

Former Assam Chief Minister and Congress Working Committee member Tarun Gogoi on Tuesday said that Rahul has decided to quit as party president and he wants someone from outside the Gandhi family to replace him. "Rahul Gandhi has made it very clear that he will continue to work for the party and he will continue to strengthen the president, and the president will be in a better position to devote more time to the organisation," Gogoi said.