The party, which ruled Bengal for more than two decades since Independence, is standing at a crossroads where its influence has diminished over time and is now limited to only to some pockets. 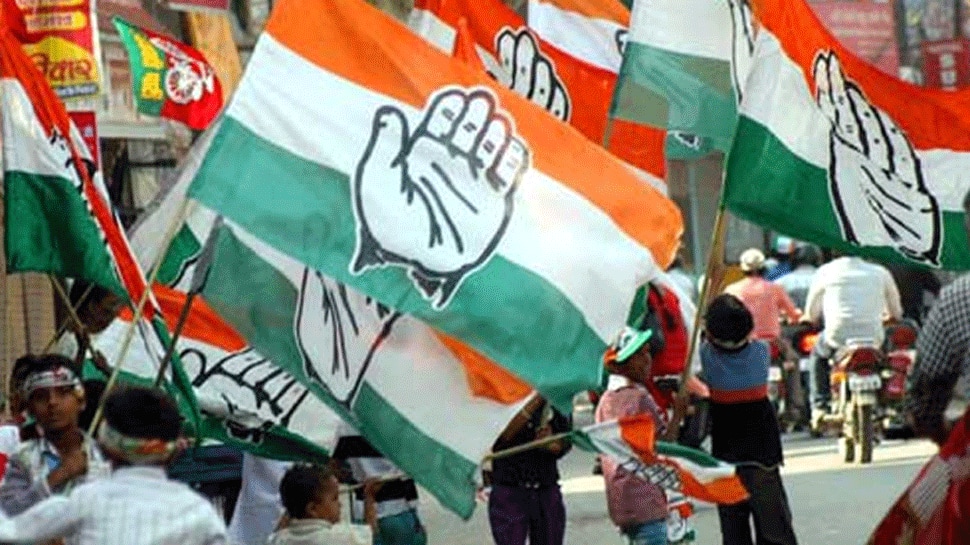 KOLKATA: Buffeted by the steady erosion in its vote bank, and exodus of its leaders and workers to the state's ruling TMC and a resurgent BJP, the Congress is fighting a grim battle to stay relevant in West Bengal politics in the Lok Sabha elections.

The party, which ruled Bengal for more than two decades since Independence, is standing at a crossroads where its influence has diminished over time and is now limited to only to some pockets.

Battered and bruised by factionalism, a seemingly unending quest for a credible and effective leadership, and organisational frailty, the Congress in West Bengal was relegated to a distant fourth position with little over nine per cent vote share in the 2014 Lok Sabha polls.

"Yes, it is indeed a battle to prove our existence in Bengal. It is true that we have lost much of our strength in the last few years but we are still a force to reckon with and can't be just written off," Congress's state coordination committee chief and MP Pradip Bhattacharya said.

The 77-year-old West Bengal Congress president Somen Mitra is hopeful of reviving the party in the state, as he feels that its victories in states like Chhattisgarh, Madhya Pradesh and Rajasthan will have a ripple effect in West Bengal.

"It is true our strength in Bengal is limited but I am confident that this time we would not only retain our four seats but also increase our tally. In few districts such as Malda, Murshidabad and North Dinajpur, we are a strong force. We would retain our bastion," Mitra, who assumed the reins of the party from Adhir Ranjan Chowdhury last year, said.

A sizeable section in the state Congress feels that aligning with the TMC in the 2001 assembly, 2009 Lok Sabha and the 2011 assembly polls, when Mamata Banerjee's party ended the unbroken 34-year stint of the Left in power, was a big mistake as it exposed its vulnerability and increased dependence on allies.

"It was the high command's decision to sacrifice the interest of the party for forging alliance with the TMC that led to such a disastrous situation in Bengal," said a senior state Congress leader on condition of anonymity.

"Since the 2016 assembly polls, 17 of our MLAs have been poached by the TMC. The TMC ensured that secular forces like Congress are weakened in order to make space for the BJP in the state," Chowdhury alleged.

The latest addition to the Congress's list of defectors is Malda North MP Mausam Benazir Noor, who is now contesting the seat as a TMC candidate.
The Congress had won four seats in West Bengal in 2014, including Malda North, and secured 9.5 per cent votes. The TMC bagged 34 seats and had a vote share of 39.05 percent, the CPI(M) and the BJP secured two seats each, clinching 29.71 and 17.02 per cent votes, respectively.

The Congress and the Left Front, as a last ditch effort to remain relevant in Bengal politics, had initiated talks for a seat-sharing deal which failed.
According to Congress sources, although the party has decided to contest 40 out of the 42 seats in the state, it is focusing on retaining the four seats it currently has, besides the Raiganj Lok Sabha seat in Uttar Dinajpur.

"We have concentrated strength spread over two districts (Malda and Murshidabad), and we are going to reap a rich electoral harvest this time," state Congress vice president Om Prakash Mishra claimed.

A look at the Congress's history in West Bengal post Independence reflects a downward spiral in its fortunes since 1977, when the first non-Congress government was installed at the Centre after a massive popular movement led by socialist leader Jayaprakash Narayan brought down the Indira Gandhi dispensation.

For several years after Independence, when the party was led by stalwarts like B C Roy, West Bengal was a Congress bastion. But with the steady growth of the Left, first an undivided CPI and then the CPI(M) in the 1960s and 1970s, began its decline.

The Congress lost its pre-eminent position on West Bengal's political stage after it was humbled in the 1977 assembly polls by the Left Front. People became disenchanted with the party driven by dissension and squabbling.

The grand old party met its nemesis in Mamata Banerjee when she broke away from it and formed the Trinamool Congress in 1998.

The Congress's best-ever tally in West Bengal in Lok Sabha elections since it lost power in 1977, was in 1984, when it won 16 seats with 48 per cent votes, as the party rode a wave in its favour following Indira Gandhi's assassination.

It recorded its second-best performance in 1996, when it won 9 seats and secured 40 per cent votes. However, with the formation of the TMC in 1998, a major chunk of the anti-Left votes was bagged by Banerjee's party, which became the principal opposition.

In the elections that followed, it could clinch only around 13 per cent votes. In the 2004 Lok Sabha elections, the party recovered a bit as it won 6 seats with 14 per cent vote share. But the formation of UPA-1 government with Left's support again hastened it decline, as the opposition space shrunk in West Bengal.

The Congress and the Left Front joined hands for the 2016 assembly polls to dislodge the TMC from power but the alliance came a cropper. The Congress's inability to garner for itself a significant portion of the opposition's vote share was evident in its dismal performance in the 2018 panchayat polls, which saw four-cornered contests with the BJP emerging as a force to reckon with.

The ruling TMC swept the elections, but the BJP emerged as its main challenger, while the Congress and the Left were relegated to the margins.

There is also a feeling in the state Congress that the party high command has neglected it for long. Congress chief Rahul Gandhi, who had last visited the state during the 2016 assembly polls, returned to the state only recently to campaign for the Lok Sabha elections.

In around 30 Lok Sabha seats, the party's vote share has dropped below 5-6 percent.