Rahul Gandhi reportedly offered to resign in the presence of UPA chairperson Sonia Gandhi, ex-PM Manmohan Singh and other senior leaders of the party. 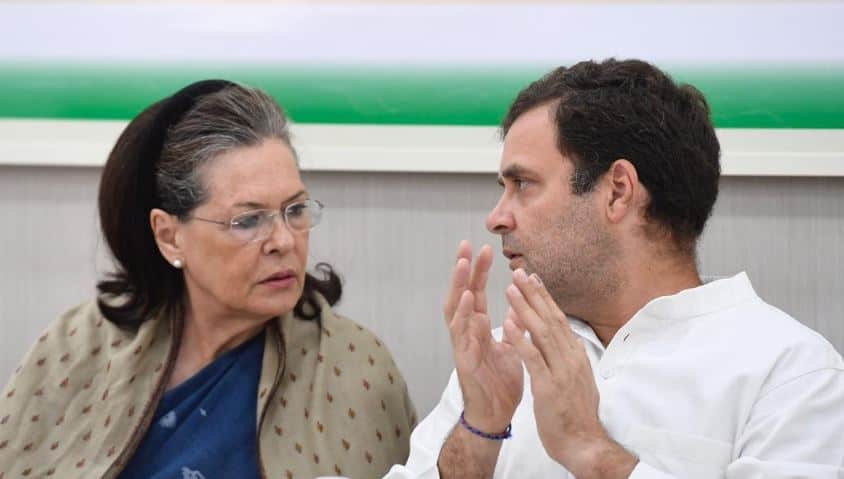 NEW DELHI: After a disastrous performance in Lok Sabha election 2019, Congress president Rahul Gandhi on Saturday offered to resign as the chief of the party at Congress Working Committee (CWC) meeting, ANI reported. Sources said that despite much persuasion, Rahul Gandhi is adamant on resigning as Congress president. Rahul has said that he will continue to strengthen the party and, to do so, president's post is not required, sources further said. However, sources said, the CWC members have refused to accept Rahul's resignation. Rahul reportedly offered to resign in the presence of UPA chairperson Sonia Gandhi, ex-PM Manmohan Singh and other senior leaders of the party. The CWC meeting has concluded. Meanwhile, Congress leaders KC Venugopal and Randeep Singh Surjewala are expected to brief media at the AICC Headquarters in a short while from now.

Sources told Zee Media that if Rahul refuses to take back his resignation then the Congress would have to look for an alternative to lead the party. Some of the names which are being discussed are Rajasthan Chief Minister Ashok Gehlot, former Assam Chief Minister Tarun Gogoi, former Home Minister and Maharashtra Chief Minister Sushil Kumar Shinde and veteran Congress leader Mallikaarjun Kharge. It is also learnt that CWC members praised Punjab Chief Minister Amarinder Singh for Congress' superlative show in the state. Congress sources said that Singh could also replace Rahul as the party president if Rahul refuses to change his mind.

Earlier on Monday, Congress leader Sanjay Nirupam defended Rahul, saying Congress lost in Lok Sabha poll due to 'bad luck'. Nirupam took to Twitter on Saturday and expressed his views on Congress' performance and why he feels Rahul's resignation is out of the question. "Under the leadership of Rahul Gandhi, we fought this election bravely. He worked very hard undoubtedly. Our bad luck we lost. Why should he resign? No. He should continue to lead the party. We will fight under his leadership and come back soon," he wrote.

Sources said that CWC is also mulling to constitute a three-member committee to analyse the reason behind party's lacklustre show in Lok Sabha election. The committee will have A K Antony, Punjab CM Amarinder Singh and Rajasthan Chief Minister Ashok Gehlot as its member and it will report to UPA chairperson Sonia Gandhi.

The BJP-led National Democratic Alliance secured a massive mandate to return to power, while the Congress-led United Progressive Alliance performed badly in most of the states, except Kerala and Tamil Nadu. A number of Congress state unit chiefs, including Raj Babbar, have sent their resignations to Rahul.