Lalu's RJD faced a complete rout in the 2019 Lok Sabha election, failing to win even a single seat. 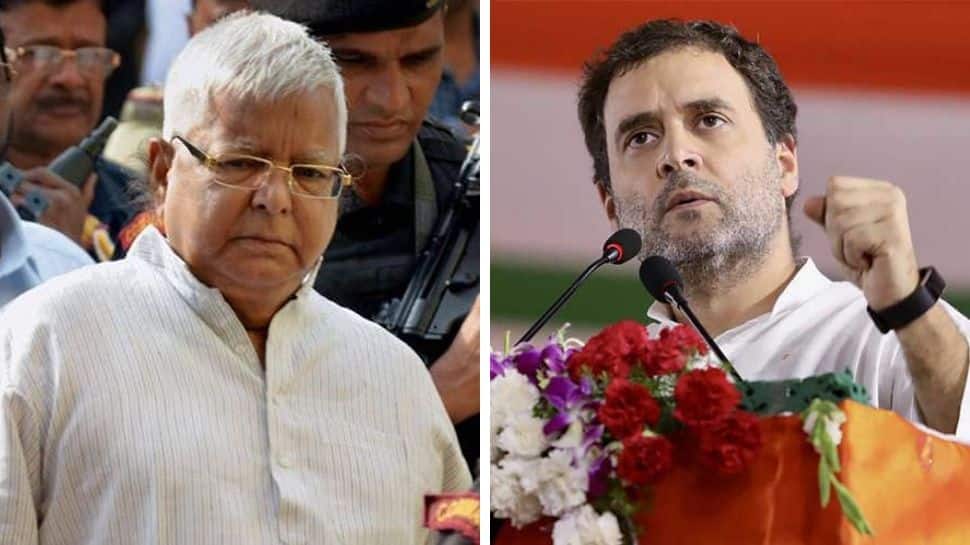 NEW DELHI: Amid talks over Rahul Gandhi offering to step down as Congress President, Rashtriya Janata Dal chief Lalu Prasad on Tuesday said that such a decision will be suicidal not just for his own party but also the opposition. "Rahul’s offer to resign suicidal. Opposition parties had the common goal to dislodge BJP but failed to build a national narrative. The result in a particular election can never alter the reality in as diverse and plural a country as India," he tweeted.

Lalu Prasad who was imprisoned at the Birsa Munda Central Jail has been admitted at a hospital in Ranchi for treatment over to his ill health. He was sent to jail following his conviction with a fodder scam case. He made the political observation on Tuesday while speaking to an English daily.

Lalu's RJD faced a complete rout in the 2019 Lok Sabha election, failing to win even a single seat.

Meanwhile, after the Congress suffered badly in the election winning just 52 seats, Rahul has offered to step down as Congress president. His resignation was unanimously rejected by the Congress Working Committee meeting held on Saturday. However, he is said to have been adamant over resigning from the post and is determined that the party must find a successor for him to pass on the baton.

The party, had on Monday, issued a statement and said that no speculations must be made regarding the meeting. "CWC held a collective deliberation on the performance of the party, the challenges before it as also the way ahead, instead of casting aspersions on the role or conduct of any specific individual," it read.

"Congress party expects everyone including media to respect the sanctity of a closed-door meeting of the CWC. Various conjectures, speculations, insinuations, assumptions, gossip and rumour mongering in a section of the media is uncalled for and unwarranted," the statement added.