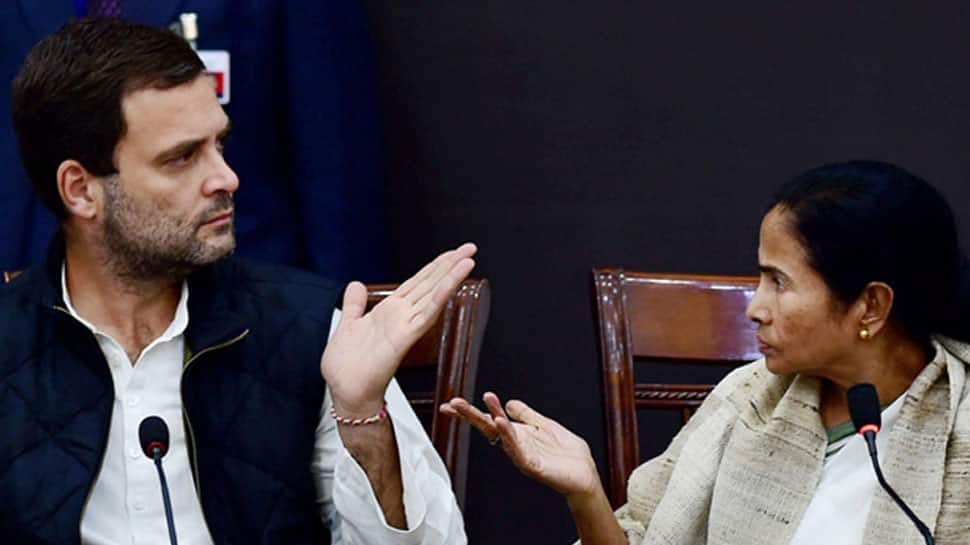 Chanchal: Congress President Rahul Gandhi on Saturday launched a scathing attack on West Bengal Chief Minister Mamata Banerjee, accusing her of running the entire state according to her whims.

"Bengal is being run by just one person. She neither talks to anyone nor takes anybody`s suggestion. She does whatever she feels like," Gandhi said while addressing a rally in this town in Malda district, about 385 km north of Kolkata.

"Does Bengal not have any voice? Is it not important for Bengal to have its own voice? Should one person be allowed to run an entire state?" he asked.

Gandhi also accused Banerjee of having done nothing for the state`s people.

"Nothing has been done for the farmers, youths here. Unemployment is everywhere. Only Mamata ji`s speeches go on all day long. Tell me what has she (Banerjee) done for you? Has she revoked the taxes for the farmers? Has she given employment to the youths or helped out the small businessmen?" he questioned while the massive crowd responded with a resounding "No".

"Congress activists are throttled and beaten up every day... I want to congratulate all our party activists who fight for the politics of principle. I want to tell them to keep fighting for Congress and its ideology. Do not be afraid. I am with you. (We will) form government in Delhi. Then you will see what happens," he said.

He thanked the people of Malda, a traditional Congress bastion, for always standing by his party and assured he will try to fulfil all their wishes.

"I want to thank you because you have always stood with Congress. You have always given us love and support no matter what the condition of the party is. I will not forget this in my entire life. I will remember this when our party forms the government in Delhi.

"I will fulfil all your needs. Be it farmers` issue, issues with jobs or land, I will try to help you out so long I am alive. Our relation is of love, not of politics," he said.

Comparing the Banerjee government with the erstwhile Left Front regime in the state, Gandhi said both have failed to take Bengal on the path of development and claimed that the state can`t progress until the Congress forms the government here.

"You have seen the rule of CPI-M for years. They could not bring development. Then you chose Mamata Banerjee. But the situation in Bengal is the same. The atrocities that used to happen during the CPI-M rule are still happening under Mamata ji," he alleged.

Gandhi also indirectly targeted Malda North MP Mausam Benazir Noor, who has crossed over from the Congress to the Trinamool, and is now the latter`s candidate from the same constituency, saying she had "deceived" the people.

"She has hoodwinked you by leaving the party under pressure. This is a Congress bastion, and you make her realise that by deceiving the people, one cannot work in Bengal," he said, without taking her name.