Rajinikanth had announced his decision to make a foray into politics in 2017, amid much cheer and fanfare. 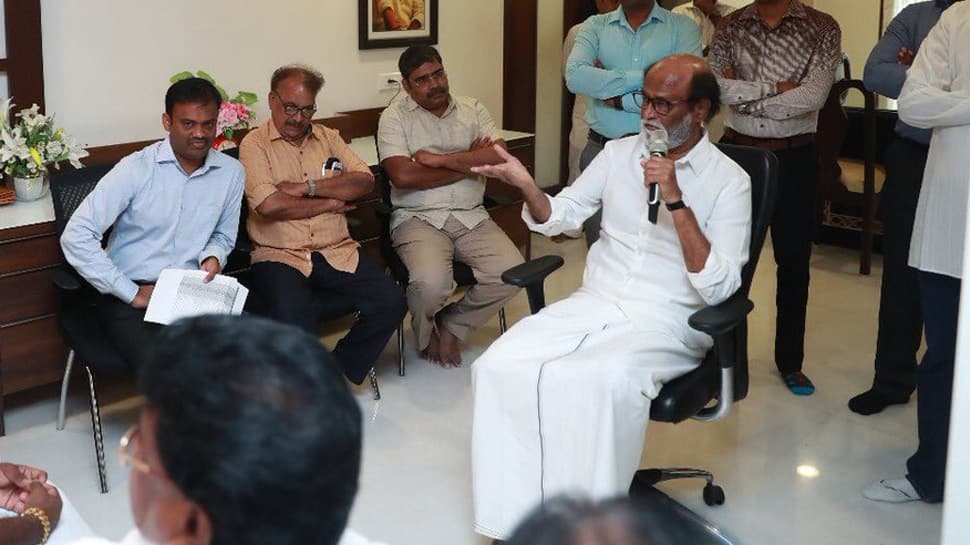 Actor-turned-politician Rajinikanth on Sunday ended speculations over his candidature for the upcoming Lok Sabha election. Issuing a statement, Rajinikanth said that he would not contest the General election and his party Rajini Makkal Mandram will instead focus on the Tamil Nadu Assembly polls.

Rajinikanth had announced his decision to make a foray into politics in 2017, amid much cheer and fanfare. While Rajinikanth unified his fan clubs under the banner "Rajini Makkal Mandram", he did not formally start a political party or get it registered.

All through 2018, Rajinikanth made political statements and also hinted that he had an ideological inclination towards the ruling BJP. On a few occasions, he also made statements in support and admiration of Prime Minister Narendra Modi. These statements fuelled speculations about Rajini being the BJP's probable trump card in Tamil Nadu where on-screen idols such as MGR and Jayalalithaa have been able to convert popularity into votes. Even former five-time chief minister M Karunanidhi, who was a screenwriter had used films as a medium to express his political messaging.

Rajini's letter roughly translates to "I will not be contesting in the upcoming Lok Sabha polls, the Tamil Nadu Assembly polls are our target. For the upcoming Lok Sabha polls, I have not offered my support to any of the parties. Hence, I request you not to use my photo/party flag under the banner of Rajini Makkal Mandram or Rajini Rasigar Mandram (fans association) to campaign or promote any political party.

Water shortage is the main issue that Tamil Nadu faces. Ahead of the upcoming polls I lovingly request you to analyse, think and vote for a decisive majority at the national level, which you think could solve the water woes of Tamil Nadu and introduce adequate schemes to bring a permanent solution.

Apart from Rajinikanth, actor Kamal Haasan had also launched his political party "Makkal Needhi Maiam". While Rajinikanth is taking it slow, Haasan has registered his party with the Election Commission of India and has also started campaigning in rural areas across Tamil Nadu. Kamal has also expressed interest to contest in the Lok Sabha polls but hasn't really given further details regarding their plans or electoral alliances.