RLSP chief Upendra Kushwaha warns of violence, says will take up gun to save democracy 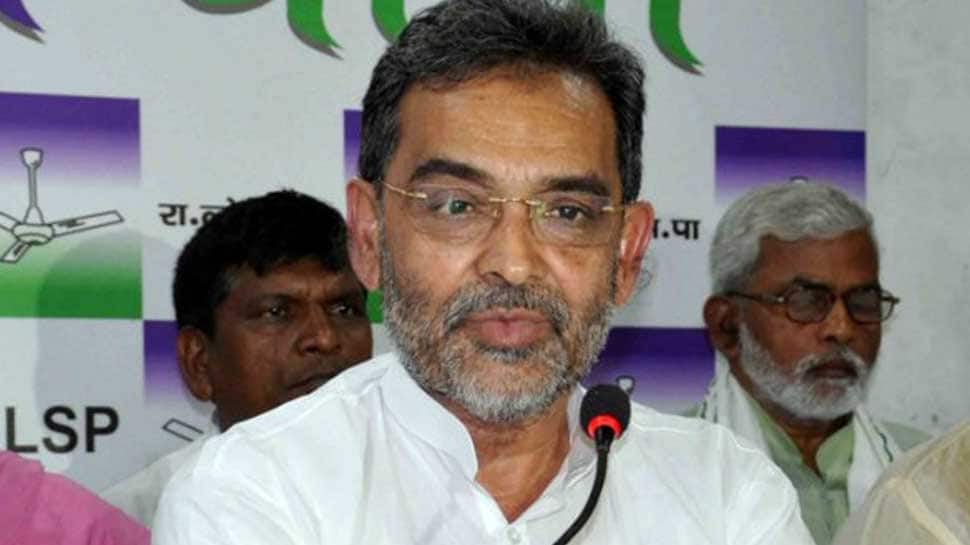 Patna: RLSP chief and former Union minister Upendra Kushwaha has warned that blood will spill on the streets if the results of the recently concluded 2019 Lok Sabha election are manipulated.

Kushwaha, a former NDA ally and now part of the opposition Mahagathbandhan in Bihar, said that there was tremendous public anger after alleged exit polls prediction of NDA winning 30 or more seats in Bihar out of 40.

''The exit poll surveys were aimed at causing demoralisation among our cadres, with a mala fide intent,'' he alleged.

The Mahagathbandhan leader alleged that attempts were being made to manipulate Lok Sabha poll results in favour of the ruling NDA, which will have seriou consequences.

''Earlier, we used to hear about booth loot. This time, it is suspected that attempts may be made to loot the results. These could be through manipulation of the EVMs or any other measures at the counting centres. The leaders of the NDA are hereby warned not to indulge in such a misadventure. There is tremendous public anger and blood may spill on the streets, for which we shall not be held responsible,'' Kushwaha said during the press conference, according to PTI.

The views expressed by the RLSP chief were endorsed by other alliance partners present at the press conference.

Former Bihar Chief Minister and RJD leader Rabri Devi, who was not present at the press conference, later issued a statement questioning discovery of EVMs outside the strong rooms in several parts of the state and sought to know where were these kept and where were these being taken to and for what purpose.

The Election Commission Tuesday asserted that EVMs used in the Lok Sabha polls are "absolutely safe" in strongrooms, dismissing allegations that the voting machines used in the elections were being switched with fresh ones ahead of counting of votes on May 23.

Referring to the allegations and complaints, the commission said it would like to "emphatically and unambiguously" clarify that all such media reports and allegations are "absolutely false and factually incorrect."

The visuals on TV and social media "do not pertain to any EVMs used during the polls", it said.

In a statement, the EC said, after the close of polls, all polled EVMs and VVPATs are brought under security cover to designated strongrooms, which are sealed with double locks in the presence of candidates and observers of the commission.