Sachin Pilot to quit Congress with his team of MLAs if Rahul Gandhi resigns?

In case the Congress asks Sachin Pilot to shift base, there are chances of him deserting the Congress and then staking his claim to form a government, along with a few independent and BJP MLAs. 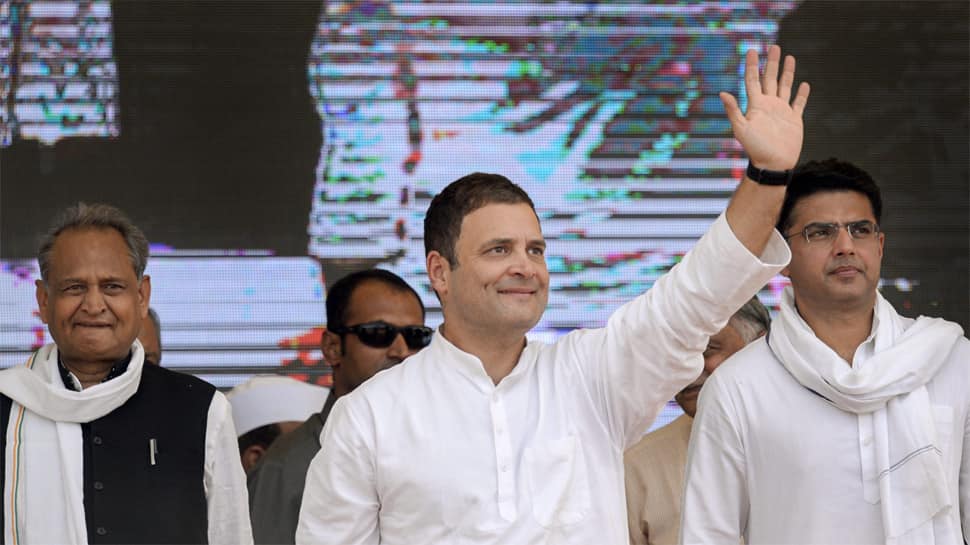 Jaipur: With uncertainty looming over Rahul Gandhi continuing as Congress President, there is speculation that Sachin Pilot too may quit as Deputy Chief Minister and state Congress chief along with his team of MLAs, in case Gandhi quits his post.

Party sources say Rahul Gandhi was instrumental in making Pilot as the state Congress chief in 2014. After the Assembly polls late last year, Pilot was made Chief Minister Ashok Gehlot`s deputy. With Congress chief himself mulling over his resignation, Pilot`s future hangs in the balance, sources said.

The Gehlot government is supported by the 6 BSP MLAs and 12 Independents. However, it appears to be in a crisis at present. On Monday, the BSP MLAs were expected to meet Governor Kalyan Singh. However, the meeting was cancelled at the last minute.

A state minister, Congress` Lalchand Kataria, is also reported to have tendered his resignation, though there was no confirmation from the offices of the Chief Minister and the Governor.

Another Congress leader said: "Sachin Pilot is intelligent, educated and has gained credibility as a farmer leader too. He can be a good leader anywhere in the country. There are fair chances that the party may assign him to a new location.

"Also, Pilot`s five-year tenure as state Congress Committee chief ended in March. He was given an extension till October in view of the Lok Sabha polls. Now that might be preponed," said the Congress leader.

In case the Congress asks him to shift base, there are chances of Pilot deserting the Congress and then staking his claim to form a government, along with a few independent and BJP MLAs. This way he would get to become the chief minister.

Ahead of the Assembly elections in December last year, when Pilot was projected by the Congress as its chief ministerial face in Rajasthan elections, Gehlot insisted on being given a ticket from Jodhpur.

"After the elections, Pilot fought for the Chief Minister`s post because he had toiled for five years to build the party in Rajasthan. However, he did not get what he deserved. Party leaders Sonia Gandhi and Manmohan Singh preferred Gehlot`s seniority and he was made the Chief Minister," said a Congress leader.

Gehlot was also asked to take care of the party`s Lok Sabha election campaign. But the Gehlot-Pilot team of young and old blood failed to show any magic in the parliamentary elections where Congress suffered a rout.