A total number of six candidates have been named in the first list released by the SP.

Lucknow: The Samajwadi Party on Friday declared its first list for the 2019 Lok Sabha election. A total number of six candidates have been named in the first list. 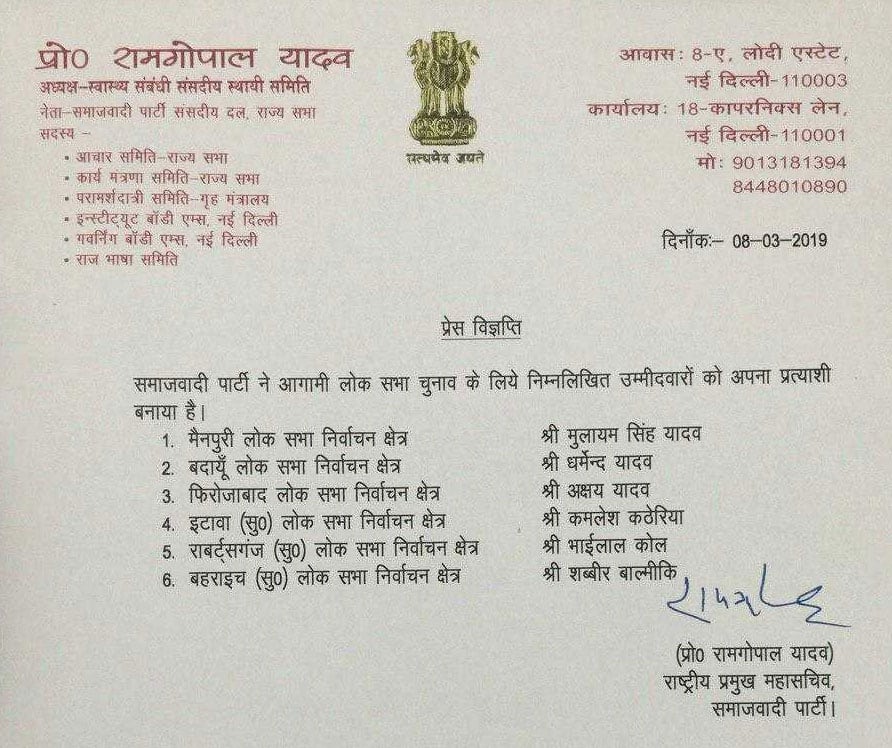 Samajwadi Party's decision to release its first list comes after the Congress released its first list for Lok Sabha polls on Thursday that included contenders for 11 seats in UP, including Sonia Gandhi and Rahul Gandhi from their respective constituencies of Rae Bareli and Amethi.

The first list of six candidates of the Samajwadi Party also includes Kamlesh Katheria from Etahwah, Shabbir Valmiki from Behraich and Bhai Lal from Robertsganj. The party is also likely to release the second list of candidates later in the day.

Samajwadi Party chief Akhilesh Yadav in multiple interviews repeatedly stressed that opposition unity was intact and that the Congress continued to be part of their (SP-BSP) alliance with an allotment of two seats.

However, this statement seemed contrary to Congress' designs in Uttar Pradesh after the party released its first list of Lok Sabha candidates on Thursday that included 11 contenders from UP alone.