In a controversial statement, Suheldev Bharatiya Samaj Party (SBSP) leader Om Prakash Rajbhar on Friday asked his supporters to abuse BJP leaders and hit them ten times with shoes. Rajbhar made the call while addressing a public rally at Ratanpur Bazar in Uttar Pradesh's Mau. 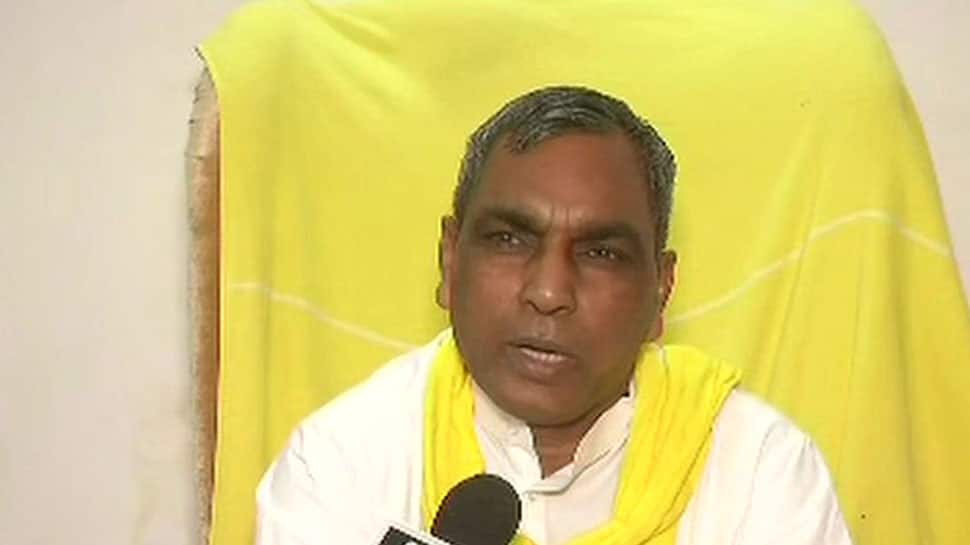 In a controversial statement, Suheldev Bharatiya Samaj Party (SBSP) leader Om Prakash Rajbhar on Friday asked his supporters to abuse BJP leaders and hit them ten times with shoes. Rajbhar made the call while addressing a public rally at Ratanpur Bazar in Uttar Pradesh's Mau.

It is interesting to note that Rajbhar's party is an ally of BJP-led government in Uttar Pradesh but the SBSP leader is known for blowing hot and cold against the saffron party. Earlier this month. Rajbhar had announced that he had resigned from the Yogi Adityanath-led government in Uttar Pradesh and the BJP should now take a decision on this matter.

"I tendered resignation as minister on April 13. It is up to the BJP to decide whether to accept or reject it," Rajbhar, a cabinet minister in the UP government, had said, adding, "I have nothing to do with the government now."

The SBSP chief had also accused the BJP of misusing his the name and flag of his party in the ongoing Lok Sabha poll. Rajbhar added that his party's flags were also used during Prime Minister Narendra Modi's roadshow in Varanasi.

Rajbhar made his intentions to break away from the BJP clear in April when he announced that SBSP will contest the Lok Sabha election alone and will field its own candidates on 39 out of 80 seats in the state. The SBSP chief has repeatedly accused the BJP of trying to weaken his party. Rajbhar had recently said that the SP-BSP-RLD alliance will perform much better than the BJP in Lok Sabha election and the alliance will win more seats than the saffron party. He had also praised Congress president Rahul Gandhi saying the continuous attacks launched by the Congress president on BJP had left the party nervous.

The Rajbhars constitute around 20% of the population in Purvanchal region of Uttar Pradesh and are seen as the second-most politically dominant community in eastern Uttar Pradesh. It may be recalled that the SBSP had contested 2017 Assembly election in Uttar Pradesh as an ally of BJP and had won four seats.

Chandrababu Naidu to meet Rahul in Delhi, Akhilesh, Mayawati in Lucknow on Saturday