The EC said on Monday that Mayawati would be barred from holding any public meetings, processions, rallies, road shows and interviews, public utterance in media related to elections for 48 hours. 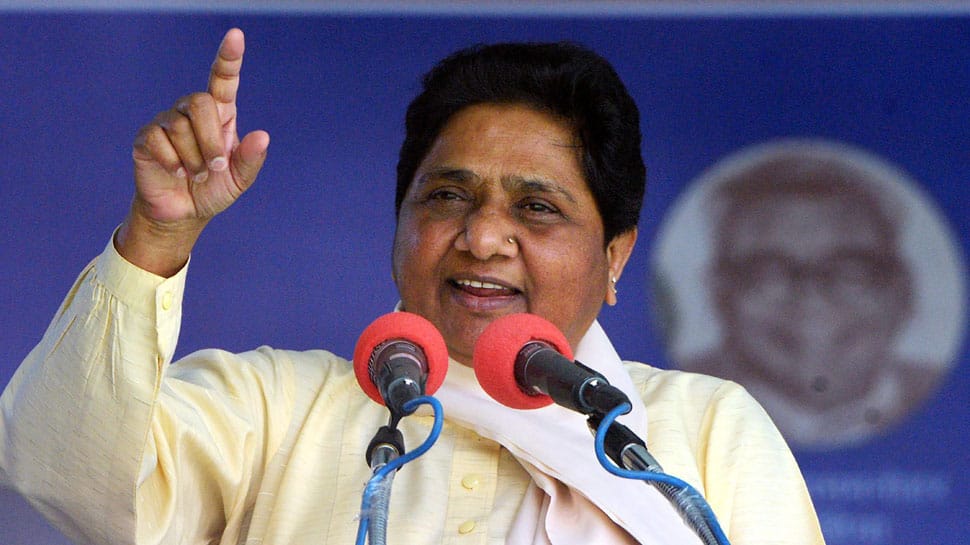 While delivering the verdict, the apex court said, "File a separate plea. We can't hear you now. We don't have to clarify this right now."

The 48-hour ban was imposed by the poll panel on Monday after Mayawati was found guilty of violating the Model Code of Conduct with a provocative speech in Uttar Pradesh's Deoband.

Addressing a rally in Deoband, Mayawati had appealed to the Muslim community not to vote for the Congress and stand firmly behind the SP-BSP-RLD alliance in Uttar Pradesh.

In its order, the EC said on Monday that Mayawati would be barred from holding any public meetings, processions, rallies, road shows and interviews, public utterance in media related to elections for 48 hours.

"The Commission observes that being a senior leader, Mayawati should have desisted herself in making statements that have the undertone and propensity to polarise the elections, which is not confined to the constituency only where the statement is made, but to the other parts as well, due to fast dissemination of information in the digital age," the order said.

The EC on Monday banned Yogi Adityanath from campaigning for 72 hours starting 0600 hrs on Tuesday for his "Ali" and "Bajrang Bali" remarks which the Uttar Pradesh CM had made while addressing a rally in Meerut.

The EC also acted tough against Azam Khan for his extremely derogatory remarks against BJP's Jaya Prada. Azam Khan has been severe criticism from different leaders for his derogatory comment which tried to draw a connection between Jaya Prada and RSS in a crass manner. Zeenews.com has intentionally opted to not mention the exact comment. The EC on Monday banned Azam from campaigning for 72 hours starting 1000hrs Tuesday.

The EC also came down heavily on BJP leader Maneka Gandhi for her 'hateful' comments in Sultanpur. "You (Muslims) have to recognise that this victory is sure without you and even with you, and you will have to spread the word," she had said. Maneka was banned from campaigning for 48 hours starting 1000hrs Tuesday.