She also went on to thank her party workers for their support in mounting a strong campaign for her. 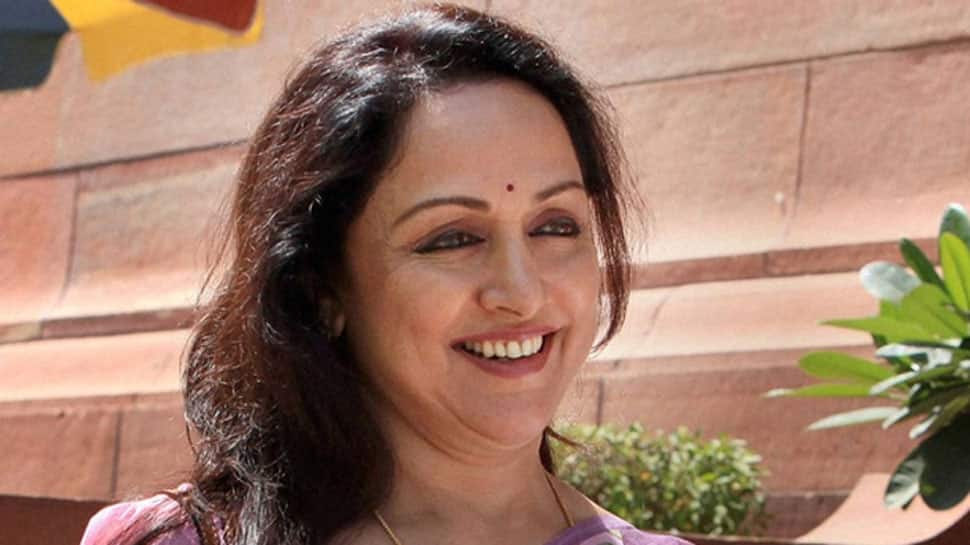 Mathura: Hema Malini is all set to retain her Mathura seat, establishing a huge lead of 2,78,629 votes over her nearest rival Kunwar Narendra Singh of Rashtriya Lok Dal.

The actor-politician, who led a colourful campaign that led to many memes and jokes, took to Twitter to congratulate Prime Minister Narendra Modi and party president Amit Shah for the "stupendous" performance of the BJP.

She also went on to thank her party workers for their support in mounting a strong campaign for her.

"Modi ji & Amit Shah ji are the architects of this stupendous win & it is the committed, tireless hard work of the wonderful Karyakartas (workers) that has made all this possible.I personally thank all the BJP cadre & all the netas of Mathura, UP who have worked so hard with me for my win," she wrote on Twitter.

The 70-year-old actor, whose magic as 'Basanti' from the 1975 blockbuster "Sholay" has not waned, had defeated Jayant Chaudhary of RLD with over three lakh votes in 2014.

Her husband and "Sholay" co-star Dharmendra had also campaigned for the actor, taking voters down the memory lane by reciting his "water tank" dialogue from the film. Dharmendra is on for more celebrations as his son, Sunny Deol, is also on his way to victory in Gurdaspur on a BJP ticket.

"Hema, congratulations. We love Mother India. We have proved in Bikaner and Mathura. We will keep our flag flying.........Always," the 83-year-old actor wrote.