In the 2014 Lok Sabha election, Congress candidate Vincent H Pala had won from the seat by a margin of 40,379 votes. 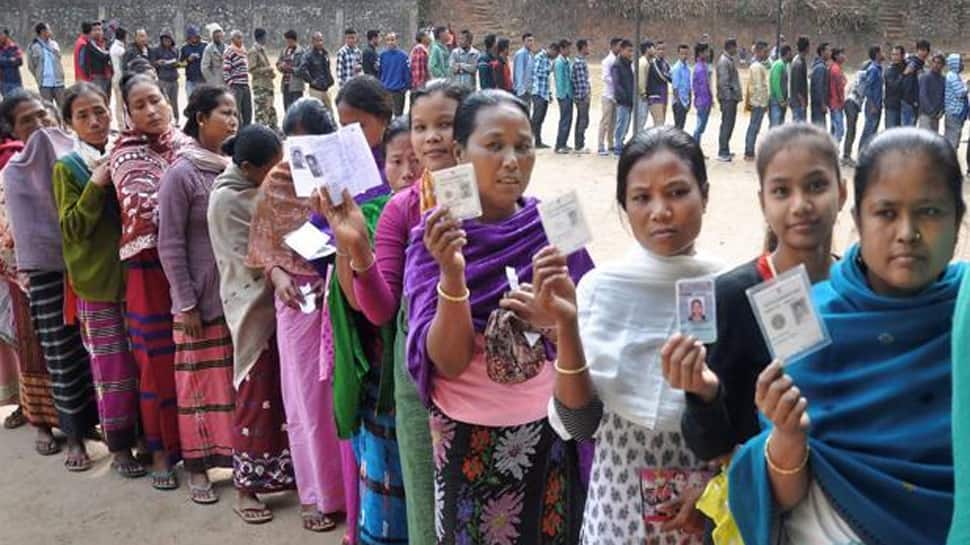 Shillong is one of the two Lok Sabha constituencies in Meghalaya.

The first phase of voting in two constituencies of Meghalaya ended on April 11 with at least 63.56 per cent of the electorate exercising their franchise in Shillong Lok Sabha constituency. The fate of 6 candidates will be decided on May 23 when counting of votes takes place and the result is declared.

In Shillong, 76.15 per cent or 6,20,041 voters exercised their franchise in the last election. Of the 8 candidates who were in the fray, the deposits of 5 of them were forfeited.

In 2009 as well, Congress candidate Vincent H. Pala had won from the seat securing 2,32,270 votes against his nearest rival United Democratic Party's (UDP) John Filmore Kharshiing who got 1,24,402 votes.

Congress has yet again named Vincent H Pala from the seat for the 2019 election. United Democratic Party's (UDP) Jemino Mawthoh and Bharatiya Janata Party's (BJP) Sanbor Shullai along with Independent candidates are among the other candidates who are also in the fray.