Mayawati's statement drew a sharp retort from the Congress, with its Uttar Pradesh unit spokesperson saying, 'We don't need her.' 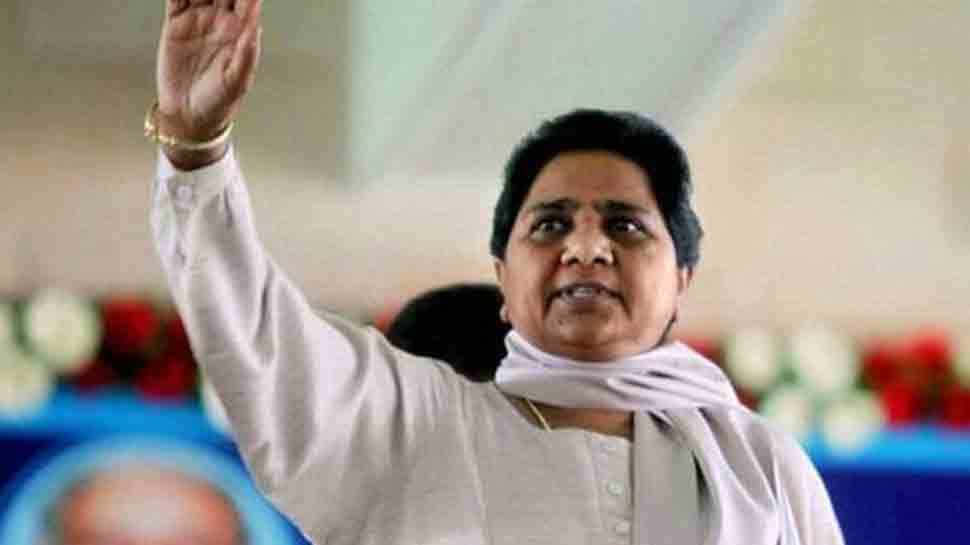 New Delhi: In a blow to the prospects of an opposition grand alliance to take on the ruling BJP in the Lok Sabha polls, BSP chief Mayawati Tuesday said her party will not have an election tie-up with the Congress in any state.

Mayawati's statement drew a sharp retort from the Congress, with its Uttar Pradesh unit spokesperson saying, 'We don't need her.'

In a statement, Mayawati said, "It is being made clear again that the Bahujan Samaj Party will not have any electoral alliance with the Congress in any state."

Referring to her party's pre-poll alliance with Akhilesh Yadav's Samajwadi Party in Uttar Pradesh, Mayawati said it is based on "mutual respect" and "honest intentions".

"The SP-BSP alliance is perfect enough to defeat the BJP, especially in Uttar Pradesh," she said.

The SP and the BSP have stitched together an alliance in Uttar Pradesh, keeping the Congress out, though the two parties decided not to field any candidates in Rae Bareli and Amethi, the traditional strongholds of the grand old party.

Of the 80 Lok Sabha seats in the state, the SP will contest 37 and the BSP 38, leaving three for the Ajit Singh-led Rashtriya Lok Dal (RLD) and two for Sonia Gandhi (Rae Bareli) and Rahul Gandhi (Amethi).

Mayawati's remarks came on a day when the highest policy-making body of the Congress -- the Congress Working Committee (CWC) -- met in Ahmedabad, led by party president Rahul Gandhi and UPA chairperson Sonia Gandhi.

UP Congress spokesperson Rajiv Bakshi said it was not up to Mayawati to decide whether the Congress wanted to enter an alliance with her party.

"She doesn't have even a single seat in Parliament. How can she decide if the Congress has to come on board or not?"

"We are fighting the election alone and do not want an alliance. We don't need her," he told PTI.

"Instead of speaking about the Congress, she needs to first work on her coalition with the SP, which is breaking up. Wait for 15 to 20 days and see how things unfold," he said.

He added there was no discussion on a coalition with the BSP at any level in the Congress. "They are desperate," he said, referring to Mayawati's party.

Asked about Mayawati's remarks, Congress party's west UP in-charge Jyotiraditya Scindia told a TV news channel, "We respect the views of every party. This view also we respect."
Earlier, he has said the Congress will fight the general election in Uttar Pradesh on its own strength, arguing that the path of his party may be different from that of the SP and the BSP but their objective is the same.

The BSP chief's statement comes on a day the Income Tax Department searched a dozen properties in Delhi and Lucknow linked to retired IAS office Net Ram, who served in top positions during Mayawati's tenure as UP chief minister, in connection with an alleged tax evasion case.

Addressing party leaders from various states, excluding Uttar Pradesh, in New Delhi, Mayawati has said while several parties are "eager" for an alliance, the BSP would not do anything for mere electoral gains as it could "harm the BSP movement".

The Lok Sabha polls will pit the Bharatiya Janata Party-led National Democratic Alliance (NDA) against a combination of opposition parties -- including the Congress, the Left and several regional forces -- that are still trying to forge a grand alliance to minimise the division of votes.