Sunny Deol has declared assets worth Rs 87.18 crore in his affidavit submitted to the EC. 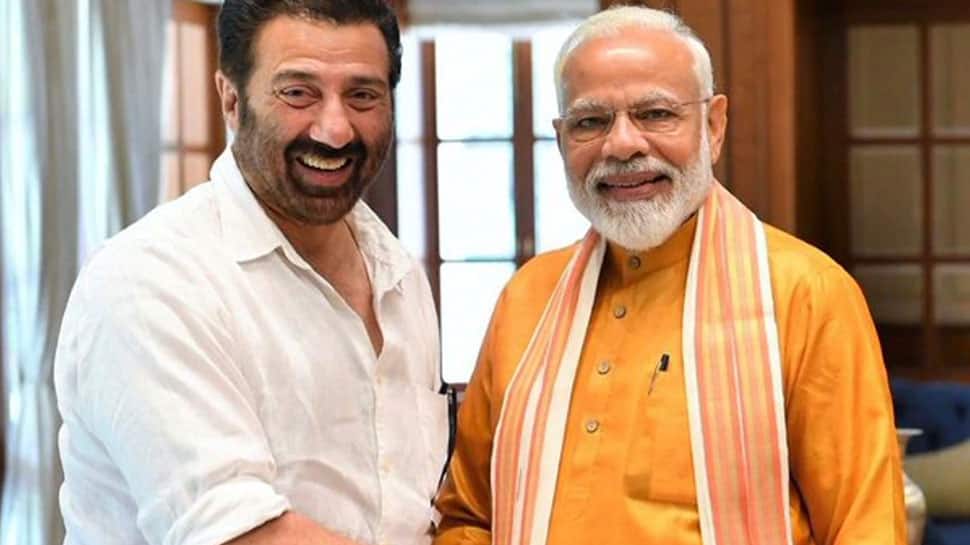 Chandigarh: Bollywood's action hero Sunny Deol, who filed his nomination from the Gurdaspur parliamentary constituency as a BJP candidate, has declared total assets, including that of his wife, as Rs 87.18 crore.

Deol, whose real name is Ajay Singh Deol, declared the assets in his affidavit to the Election Commission, which was filed on Monday along with his nomination papers.

The actor, who had won national film award for movies like 'Ghayal' and 'Damini', pegged his total assets along with that of his spouse at Rs 87.18 crore.

IN his affidavit, Deol declared that his moveable and immovable assets were worth Rs 60.46 crore and Rs 21 crore respectively.

In his affidavit, he declared having vehicles worth Rs 1.69 crore, without disclosing their details.

He also disclosed gold jewellery worth Rs 1.56 crore belonging to his wife while affirming that he has no valuable articles in his personal possession.

Among immovable assets, the actor declared agriculture land, non-agricultural land and a flat at Oshiwara complex in Mumbai with a total worth of Rs 21 crore.

Deol also declared a total liability of Rs 51.79 crore, including dues worth Rs 2.49 crore (with GST dues Rs 1.07 crore) to the government.

As for his educational qualification, the actor mentioned having secured a diploma in acting and theatre from The Old Rep Theatre, Birmingham (UK) in 1977-78.

He mentioned his address as Dharmendra House, Ville Parle, Mumbai.

Sporting a navy blue turban and wearing a blue shirt, the 62-year-old filed his nomination from the Gurdaspur Lok Sabha seat. He was accompanied by his brother and actor Bobby Deol.

Before filing his nomination, Deol paid a visit to the Golden Temple in Amritsar and offered prayers. He also offered prayers at the Durgiana Temple.

He filed the nomination a day after he met Prime Minister Narendra Modi on Sunday.

Deol joined the BJP on April 23 and held his first roadshow in Rajasthan's Barmer on Saturday.

Polling on all the 13 Lok Sabha seats in Punjab will be held in the seventh and final phase on May 19.